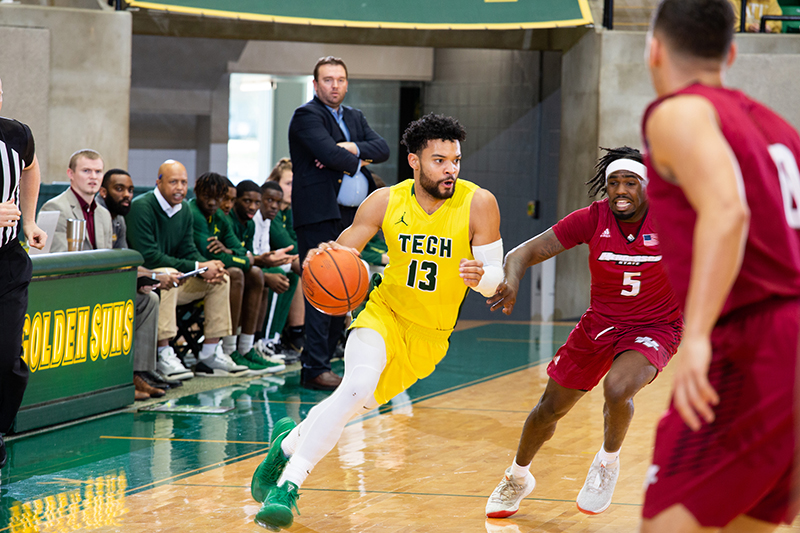 The Golden Suns and the Wonder Boys will host SWOSU for a Thursday, Jan. 23, doubleheader before welcoming Northwestern Oklahoma State University to Tucker Coliseum in Russellville on Saturday, Jan. 25. Tip-off Saturday is planned for 1 and 3 p.m.

About the Golden Suns: Junior guard Jayana Sanders has always provided problems for Southwestern Oklahoma State. The junior from Pine Bluff has averaged 14.8 points per game in five career contests against the Lady Bulldogs. Over her last three games, Sanders has made 26 assists and nine turnovers. Freshman guard Kaley Shipman is averaging 15.6 points over her last five games. Freshman Sarah Heard had a career-high 24 points in ATU’s 87-85 win over Henderson State University on Saturday. Arkansas Tech leads the GAC in rebound margin (+8.1 per game) and ranks top three in the conference in field goal percentage defense (2nd, .372) and field goal percentage (3rd, .425).

About the Lady Bulldogs: Two-time defending GAC women’s basketball champion Southwestern Oklahoma State is adjusting to life without All-America guards Hayden Priddy and Hailey Tucker, both of whom completed their eligibility last season. Top returners from a team that finished 35-2 overall last season include senior guard Tyra Aska, who has 1,387 career points and a 15.9 points per game career average against Arkansas Tech; and junior forward Bethany Franks, who ranks second in the nation in steals (3.9 per game). SWOSU has won five consecutive games against the Golden Suns and seven of the last eight, including an 87-66 victory in the 2019 GAC Tournament final.

About the Wonder Boys: Arkansas Tech has won four of its six men’s basketball games since the calendar turned to 2020. The Wonder Boys’ 126-122 win over Henderson State on Saturday was their first triple overtime game since a 121-118 victory against Southern Arkansas University on Feb. 21, 2000. The 126 points were the most scored by ATU’s men since they put 128 points on the board against Hillsdale Free Will Baptist College on Dec. 4, 2008. The Wonder Boys have won seven consecutive meetings with Southwesetern Oklahoma State and are 17-2 against the Bulldogs since the GAC began play in 2011-12.

About the Bulldogs: Southwestern Oklahoma State has missed the GAC Tournament in each of the last three seasons, but the Bulldogs are showing signs of life under second-year head coach Terry Evans. SWOSU is 3-2 in its last five games, and it pushed GAC-leading Southeastern Oklahoma State University to the limit before dropping a 76-75 decision on Saturday. The Bulldogs lead the GAC and rank 13th nationally in turnover margin (+4.38 per game). Sophomore guard Damion Thornton is fifth in the GAC in scoring (19.8 points per game). Junior forward Jaylan Williams was 7-of-13 from 3-point range and had a career-high 24 points against Southeastern on Saturday.