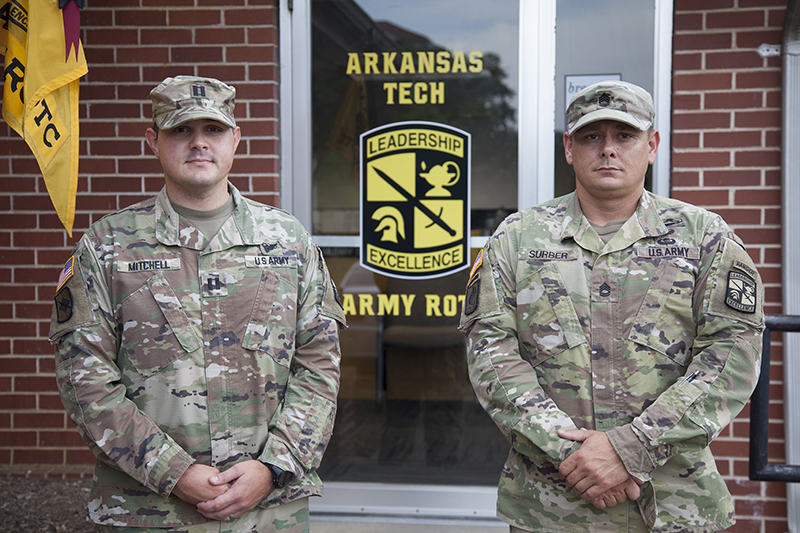 Capt. John Mitchell (photographed, left) is directing the program in his role as assistant professor of military science. A native of Camden, Mitchell has 17 years of leadership experience in the Arkansas National Guard. He most recently served as plans officer with the National Guard Professional Education Center at Camp Robinson in North Little Rock.

Sgt. 1st Class Travis Surber (photographed, right) has joined the ATU U.S. Army cadre as military science instructor. He is originally from Virginia and has invested 16 years of his life serving in the U.S. Army. He was a member of the 101st Airborne Division before his assignment at Arkansas Tech.

Mitchell and Surber have combined for five combat deployments in support of Operation Iraqi Freedom and Operation Enduring Freedom.

Founded in 1952, the U.S. Army ROTC program at ATU is located in the former ATU Department of Public Safety office at 1508 N. Boulder Ave. in Russellville. Students who complete the program are eligible to pursue a commission as a second lieutenant in the U.S. Army following graduation.