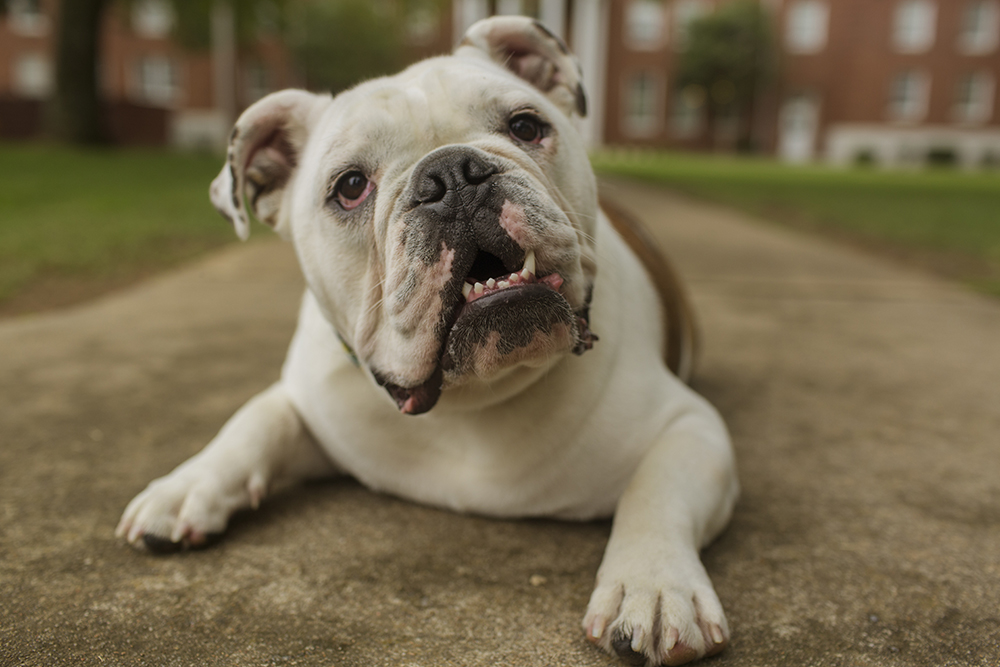 There will be tie-dye T-shirt stations from 11 a.m.-1 p.m. at Hindsman Tower, outside Chambers Cafeteria and on the Caraway Hall lawn. The T-shirt design will feature Jerry the Bulldog.

Jerry Day is planned and orchestrated by the ATU Student Government Association.

The event commemorates the anniversary of SGA’s unanimous vote to restore the tradition of Jerry the Bulldog at Arkansas Tech and install him as campus ambassador.

That vote took place on Oct. 23, 2013, and the first modern Jerry — Jerry Charles Young I — was introduced to the university community during a Homecoming Saturday ceremony on Oct. 26, 2013.

The tradition of Jerry the Bulldog at Arkansas Tech dates back to the mid-1930s. Owned by the W.O. Young family, the original Jerry spent much of his time on campus at the armory (later known as the Stroupe Building) with National Guard Battery F.  The students and guardsmen there adopted Jerry as if he was their own.

Reports from an Arka Tech student newspaper article of the era state that Jerry was “always present at anything of importance at the armory,” which was a social center of campus at that time. When Jerry passed away in late 1937, the headline in the Arka Tech proclaimed “Campus Loses Mascot in Passing of Jerry.”

The story of Jerry was lost for three quarters of a century before it was rediscovered and restored as a permanent part of Arkansas Tech lore. Since SGA’s vote to bring Jerry back, he has represented the university by appearing at a variety of campus and community events.

Learn more about Jerry the Bulldog at www.atu.edu/jerry.