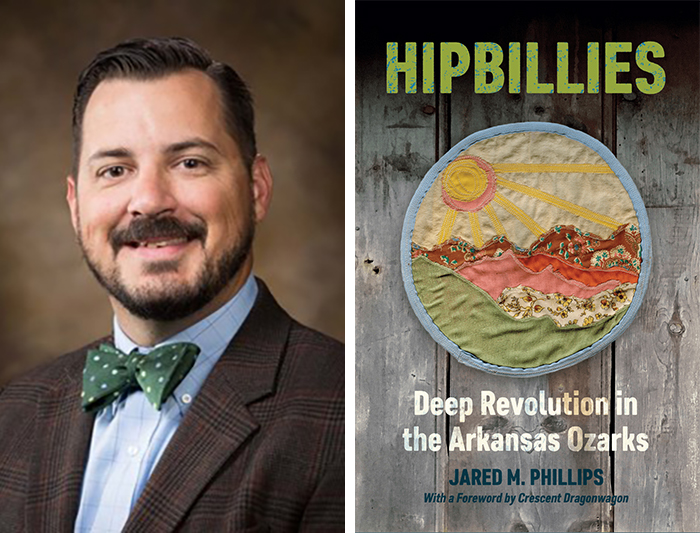 Originally scheduled for Nov. 11, the event was postponed by one week.

The event will begin at 7 p.m. in room 300A of ATU’s Ross Pendergraft Library and Technology Center, 305 West Q Street in Russellville. Admission will be free and open to the public.

Phillips is assistant professor of international studies at the University of Arkansas, where he has served on the faculty since 2016.

His 2019 book is about the counterculture movement that developed in the Arkansas Ozarks during the 1960s and 1970s, how that movement compared and contrasted to the nationwide hippie culture and how the Arkansas “hipbillies” helped re-shape the region with new ideas on rural development, small farm economy and education.

“Hipbillies: Deep Revolution in the Arkansas Ozarks” was published by the University of Arkansas Press.