The Arkansas Tech University Division of Student Affairs recognized students, faculty and staff who contributed to the quality of place at ATU during the 2021-22 academic year by hosting its annual Evening of Excellence on Tuesday, April 26, at the Hull Building Student Union.

Below, in the order they were revealed, are the awards announced during that event. A photo gallery from Evening of Excellence is included at the bottom of the list. 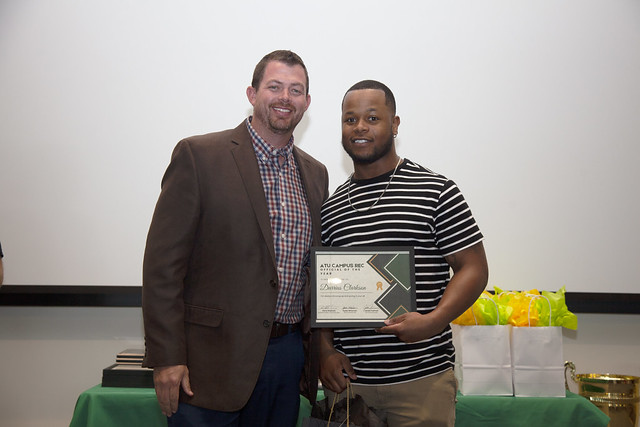