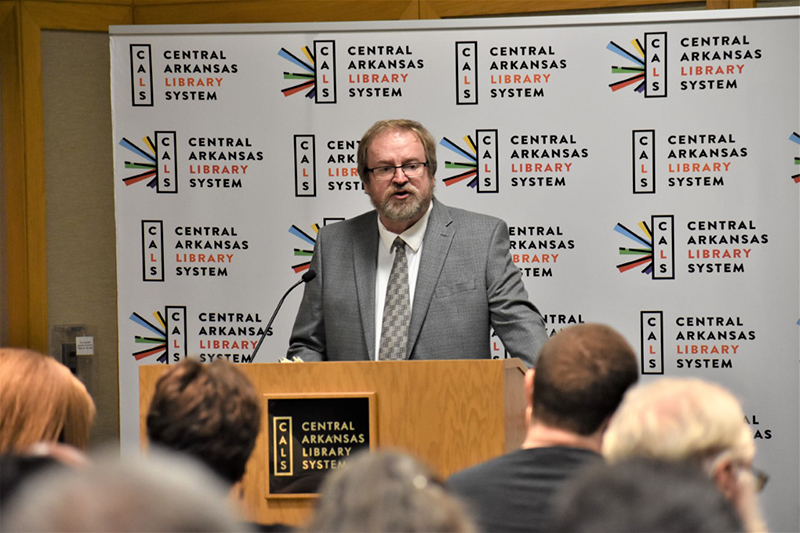 Moses’ award-winning work is entitled “Just and Righteous Causes: Rabbi Ira Sanders and the Fight for Racial and Social Justice in Arkansas, 1926-1963.” The University of Arkansas Press published it in November 2018.

The book tells the story of Sanders’ advocacy for social justice in the realms of race, religion and gender during his nearly four decades leading Temple B’nai Israel in Little Rock.

The Booker Worthen Literary Prize was established in 1999. It is awarded each year to the best work, fiction or non-fiction, by an author living in central Arkansas. It is named in honor of William Booker Worthen, who served on the Central Arkansas Library System Board of Trustees for more than 20 years.

This marks the second consecutive year that a member of the ATU community has won the Worthen Literary Prize. The 2018 honoree was Dr. M. Diane Gleason, an ATU alumna who retired from the Arkansas Tech faculty in 2017.

Click here to learn more about “Just and Righteous Causes.”