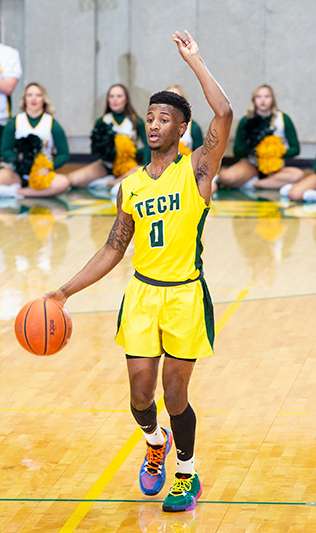 The Wonder Boys held Southern Arkansas University to 33 percent shooting from the field and defeated the Muleriders 68-63 at Tucker Coliseum in Russellville.

"Coming off that four-game losing streak we changed it up a little bit on Friday," said Chad Kline, ATU head coach. "We went live in practice and it was all defense for about an hour and 20 minutes. We defended our tails off today. We had a good game plan on Devante Brooks. This is the dog days of the season. It's not a must win until the numbers say it is, but this was about as close to a must win as you can get."

Perimeter shooting staked Arkansas Tech (12-10 overall, 8-8 Great American Conference) to a 36-28 halftime lead. The Wonder Boys connected on 7-of-14 attempts from beyond the 3-point arc during the opening 20 minutes.

ATU led by as many as 13 points in the second half. SAU rallied and briefly took the lead on two occasions midway through the second half, but an R.J. Glasper 3-pointer at the 5:32 mark put the Wonder Boys in front for good at 59-56.

The Wonder Boys will travel to Searcy on Thursday, Feb. 13, for a 7:30 p.m. GAC game against Harding University at Rhodes-Reaves Field House.