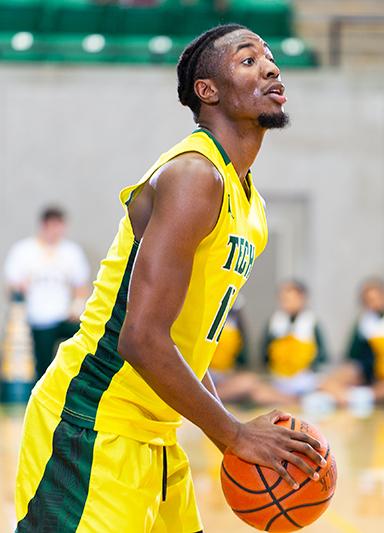 Davis Morgan sparked the decisive spurt with a basket at the 2:46 mark and capped it with a pair of free throws at the 1:27 mark.

In between, a 3-point play by Tyler Hutchieson and a second-chance bucket by Romio Harvey were critical in allowing the Bisons to end their five-game losing streak.

"I thought that happened four or five times in the second half, too," said Chad Kline, ATU head coach, referencing the offensive rebound by Harvey with 1:39 left in overtime that led to his layup. "We would make a stop, but then we couldn't come up with the loose ball."

Devante Foster had a career-high 27 points and grabbed 11 rebounds for Arkansas Tech (12-11, 8-9), which fell to 0-9 on the road this season. It was Foster's fifth double-double of the season.

R.J. Glasper added 25 points. It was his 34th career game with 20 or more points. He dished out seven assists to move into sixth place on ATU's career assists list with 385.

The Wonder Boys will journey to Steelman Fieldhouse on Saturday, Feb. 15, for a GAC contest against the University of Arkansas-Monticello Boll Weevils.

Tip-off is planned for 4 p.m. Live coverage will be provided by KCJC 102.3 FM and www.arkansastechsports.com.