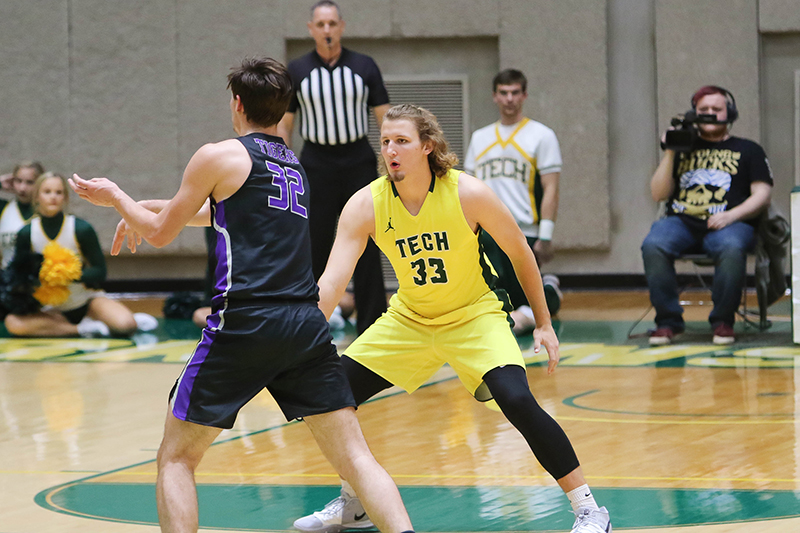 Arkansas Tech University utilized pressure defense to run away with a 109-68 non-conference men’s basketball victory over the Baptist Bible College Patriots at Tucker Coliseum in Russellville on Saturday afternoon.

The Wonder Boys (4-2) forced the Patriots into 19 turnovers and limited them to eight made field goals during the first half.

Arkansas Tech led 35-6 at the 9:43 mark of the opening period and built a 60-23 advantage at the intermission. The Wonder Boys remained in firm control for the balance of the game.

“The last couple of games we had started very slow,” said Chad Kline, ATU head coach. “Regardless of the opponent, we have to start faster. We jumped out 16-2 and set the tone today. These holiday games are tricky, and the opponent was chosen for that reason.”

Albert Odero, who came in averaging 2 points per game, notched a season-high 27 points for the Wonder Boys. He was 9-of-14 from the field, including 3-of-5 from 3-point range.

“He’s earned it,” said Kline when asked about Odero’s performance. “He was running second team all week until yesterday. We’re going to reward guys who want to come practice hard and play hard.”

The Wonder Boys will return to Great American Conference play when they host the University of Arkansas-Monticello for a 3 p.m. contest at Tucker Coliseum on Saturday, Dec. 7.