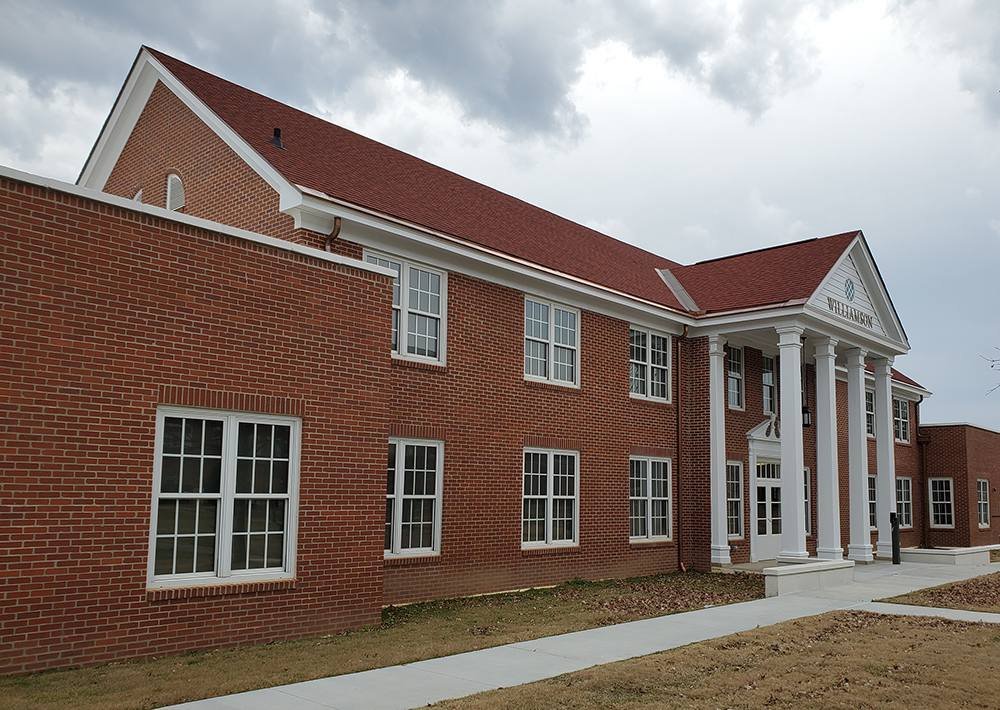 Arkansas Tech University will host a re-dedication of Williamson Hall on Thursday, March 3.

The event will begin at 2 p.m. at the facility, which is located at 1205 N. El Paso Ave. in Russellville. The public is invited to attend.

The event was originally planned for Friday, Feb. 25, but inclement weather made it necessary to reschedule it.

Williamson Hall is home to classrooms, laboratory spaces and offices utilized by ATU’s programs in recreation and park administration and hospitality administration.

Opened in 1940 as the home of the National Youth Administration (NYA) headquarters for Arkansas, the building that came to be known as Williamson Hall reverted to ATU ownership after the NYA was discontinued in 1943.

Arkansas Tech students from the 1940s through the early 1970s knew the building as the home of the fine arts program. Marvin Williamson, namesake of the facility and the first band director in Tech history, taught there, as did his successor, Gene Witherspoon.

The studios for radio station KXRJ, which later became KARV, were located in Williamson Hall from the time it went on the air in February 1947 until 1957.

U.S. Army ROTC students trained inside Williamson Hall. One of Tech’s most decorated ROTC alumni is Major General William Wofford, who returned to the front lawn of Williamson Hall as Adjutant General of the Arkansas National Guard on Oct. 26, 2013, to help re-introduce the tradition of Jerry the Bulldog to Arkansas Tech following a 76-year absence.

Williamson Hall was named to the National Register of Historic Places on Sept. 8, 1992, and was in the midst of a major renovation project when it caught fire shortly after 4 p.m. on April 3, 2019.

Insurance reviews of the fire damage concluded on July 30, 2019. The ATU Board of Trustees voted on Jan. 16, 2020, to move forward with a historic preservation project to restore Williamson Hall and return it to service as an academic building.

More than three-and-a-half years after they first moved out of the building, faculty and staff returned to Williamson Hall in December 2021. Classes are being conducted in Williamson Hall during the spring 2022 semester.