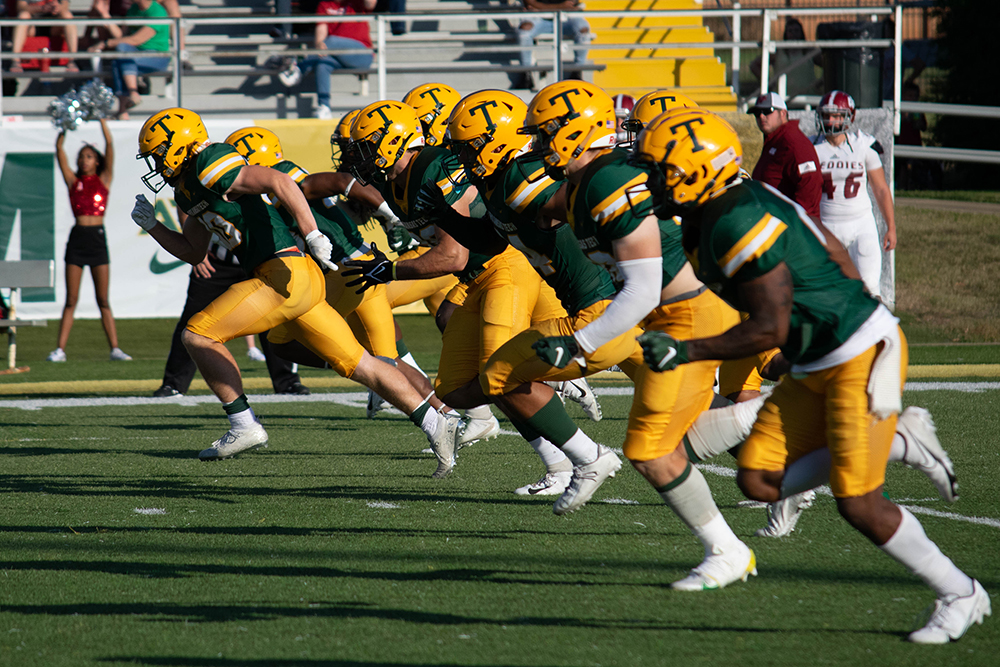 Vision is the theme of the week for the Arkansas Tech University football team.

But head coach Kyle Shipp isn’t talking about running backs’ ability to find the right gap or anything like that. No, it’s something significantly more important.

“It’s about five, 10, 15 and 20 years from now…our guys’ goals in life and what they want to be,” said Shipp. “During our team meeting earlier this week, different guys talked about what they want to be when they complete their education. I shared my story about going from a walk-on to a graduate assistant to an offensive coordinator. My goal was to become an offensive coordinator before I was 30 and a head coach before I was 40, and those have happened. But I shared with the guys I was told no a lot. I was told I was too young and didn’t have enough experience. But if you really believe in it and that’s your vision, you have to keep pushing through those things no matter how many times you are told no.”

Arkansas Tech will seek its second consecutive win and its fourth victory in the last six weeks. Last Saturday, Jesus Zizumbo made a 36-yard field goal with eight seconds remaining to give the Wonder Boys a 15-14 victory at Southwestern Oklahoma State University.

Zizumbo connected on 3-of-4 field goals against the Bulldogs and was named GAC special teams co-player of the week. The junior from Springdale has 28 career made field goals, fifth-most in ATU history.

“He’s a really competitive kid,” said Shipp when asked about Zizumbo. “He’s a fun kid to be around and to coach. When he lined up for that, I knew that if he hit it clean it was good. He could have made that one from 50 yards. He hit it dead center clean. Trust was our theme last week, and we trusted in Jesus. It paid off for us.”