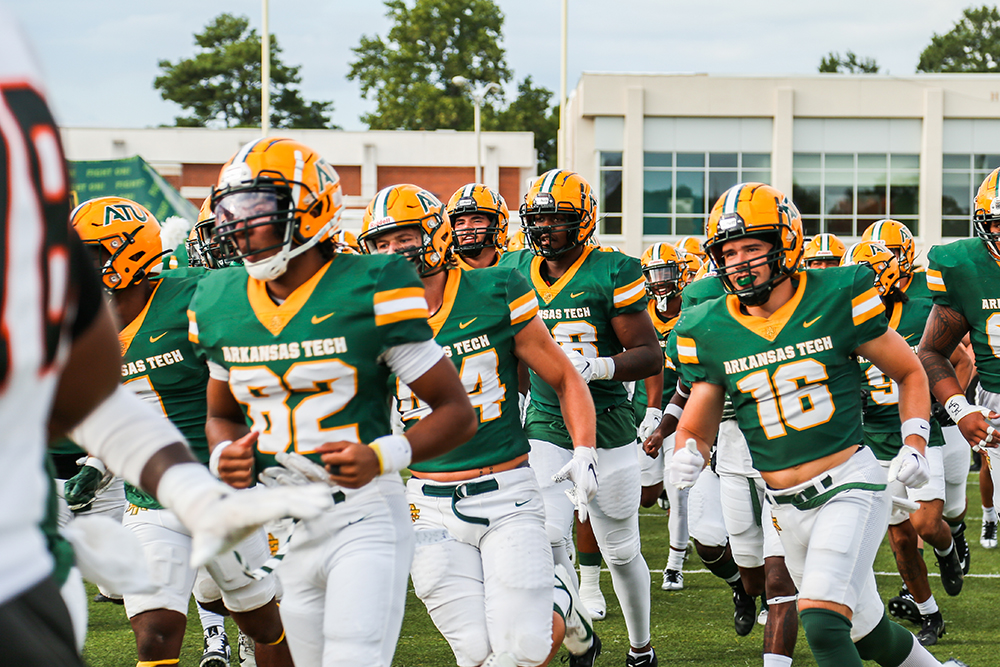 “I tell people (Brown) is kind of like the Lamar Jackson of (NCAA) Division II,” said Shipp. “He throws a good deep ball and he can run very well. He can run downhill, he can run outside, he can juke you out…he’s a really, really good football player. We have to do a really good job of containing him as much as we can and limiting the big plays.”

Brown averages 328.7 yards of total offense per game, second-most in the GAC this season. He was the 2019 GAC freshman of the year and was top three in the league in total offense in 2021.

ATU and UA-Monticello will both attempt to bounce back from a loss when they meet Saturday night. UAM dropped a 37-27 decision at Henderson State University last Saturday, while Arkansas Tech suffered a 63-14 home setback against nationally 10th-ranked Ouachita Baptist University. It was OBU’s 43rd win in its last 47 GAC games.

“Ouachita is a really good team that’s very well coached,” said Shipp. “We made them look a little better at times because we made some really bad mistakes. That’s part of coaching, and that’s my fault. I have to do a better job having our guys prepared.

“Everyone was very disappointed in the way we performed,” continued Shipp. “We all knew that it was a full, team effort. It wasn’t just one side or the other. All three phases (offense, defense, special teams) had to look in the mirror and take responsibility for it. We need to get this out of our system. We need to go play someone else, get that taste out of our mouths, have success and show ourselves that we are that team we believe in.”

Live coverage of the ATU-UAM game on KCJC 102.3 FM, the KCJC Radio app and www.arkansastechsports.com will begin at 5:30 p.m. Saturday.