Arkansas Tech University planted a sassafras tree on the south side of McEver Hall during its 2019 Arbor Day observance on Wednesday, April 17.

The annual Arbor Day event is part of ATU's status as a Tree Campus USA. Arkansas Tech earned that designation in 2016 and has maintained it ever since.

ATU began a tree planting program during the 2009-10 academic year. The trees are a continuation of a long-term landscaping beautification program made possible through the generosity of Tech alumni Robert and Sandra Norman of Tulsa, Okla.

As of spring 2019, the Norman family tree project has led to the planting and care of 1,200 trees on the Arkansas Tech campus in Russellville.

Quinn pointed to Arkansas Tech's program as an important contribution to maintaining trees in populated areas. She shared that while the overall tree population in the United States has increased over the past 50 years, U.S. urban areas are losing an average of 36 million trees per year. 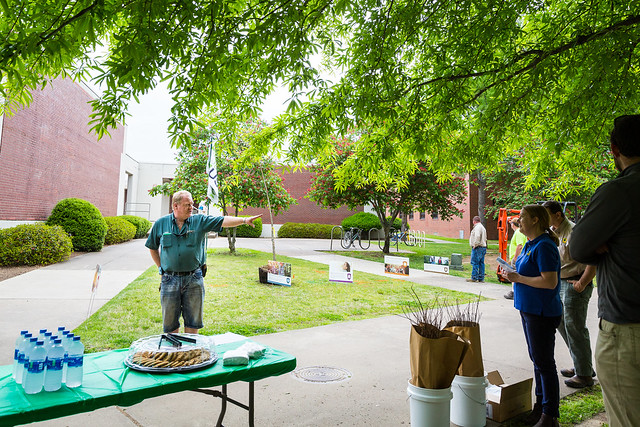