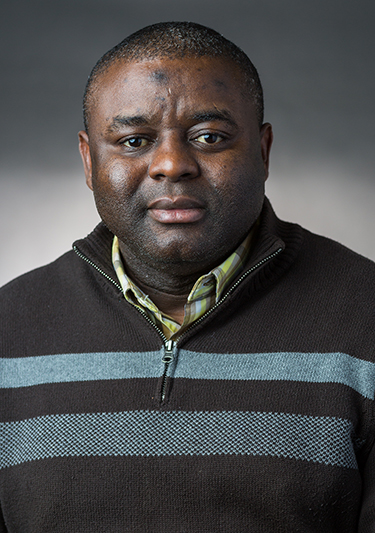 Arkansas Tech University faculty member Dr. Charles Mebi has been admitted to the Royal Society of Chemistry in recognition of his contributions to the advancement of the chemical sciences.

Founded in 1841, the Royal Society of Chemistry is a professional organization based in the United Kingdom with more than 54,000 members worldwide.

He joined the ATU faculty as assistant professor of chemistry in 2009 and was subsequently promoted to associate professor (2015) and professor (2021). In 2016, he won the Arkansas Tech Faculty Award of Excellence in the scholarship and creative activity category.

Since joining ATU, Mebi has published 20 peer-reviewed scientific articles with eighteen ATU undergraduate students as co-authors. He and his undergraduate research students have given more than 70 research presentations at national and international conferences.

In 2013, Dr. Mebi received the gold poster presentation award at the Zing Coordination Chemistry Conference in Cancun, Mexico. He has received grant awards totaling more than $222,000.

Learn more about the ATU Department of Physical Sciences at www.atu.edu/physci.