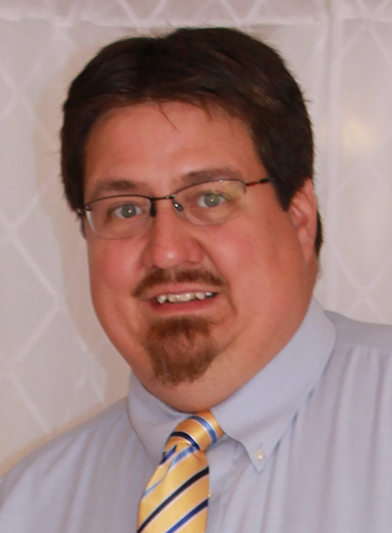 For what is believed to be the first time in more than 40 years, a faculty member at Arkansas Tech University has received a grant from the National Endowment for the Humanities (NEH).

Dr. Michael Rogers, ATU professor of political science, has earned an NEH summer stipend that will allow him to research newly-available constitutional ratification documents from the 13 states that formed the United States of America.

“Dr. Rogers’ thesis is that, contrary to current thinking in the field, the Electoral College did not escape criticism and scrutiny in the early days of the republic,” said Dr. David Blanks, ATU professor of history and head of the ATU Department of History and Political Science. “As today, the Electoral College was often challenged by those who felt it left the president too distant from the people and that it might be susceptible to domestic or foreign intrigue. Dr. Rogers will use this NEH summer stipend to research and write an article for a national peer-reviewed history or political science journal.”

Rogers’ award was among those announced by the NEH on Wednesday, April 14. In order to earn the grant, Rogers’ proposal had to complete what is described by NEH as a “rigorous three-step review process.”

Experts from outside NEH, staff members from NEH and members of the National Council on the Humanities are among those who reviewed the grant application. Their guidance was reviewed and taken under consideration by Adam Wolfson, acting chairman of the NEH, in making the final funding decision.

Only 11 percent of the 2021 summer stipend proposals received by the NEH received grant funding.

“National Endowment for the Humanities summer stipends are not only prestigious, but also difficult to obtain,” said Blanks. “In the last five competitions, the program received an average of 827 applications per year and the NEH made an average of 81 awards per year, which is a funding ratio of 9.8 percent. This is the first time an ATU faculty member has been awarded an NEH grant in over 40 years.”

Foundational to Rogers’ forthcoming research has been an effort by the ATU Department of History and Political Science to engage undergraduate students in research on the topic.

Grant funding from the Arkansas Division of Higher Education and matching funds from ATU allowed Alexandria Cisco, a senior political science student at Arkansas Tech, to assist Rogers in researching the ratification documents during the spring 2021 semester.

Rogers became an Arkansas Tech faculty member in 2007. He holds a Bachelor of Science degree from Wabash College. He obtained his Master of Arts degree and his Doctor of Philosophy degree from the University at Albany.

Rogers and Donald M. Gooch, associate professor of political science at Stephen F. Austin University, served as co-editors for “Civic Education in the 21st Century: A Multidimensional Inquiry.” It was published by Lexington Books in 2015.