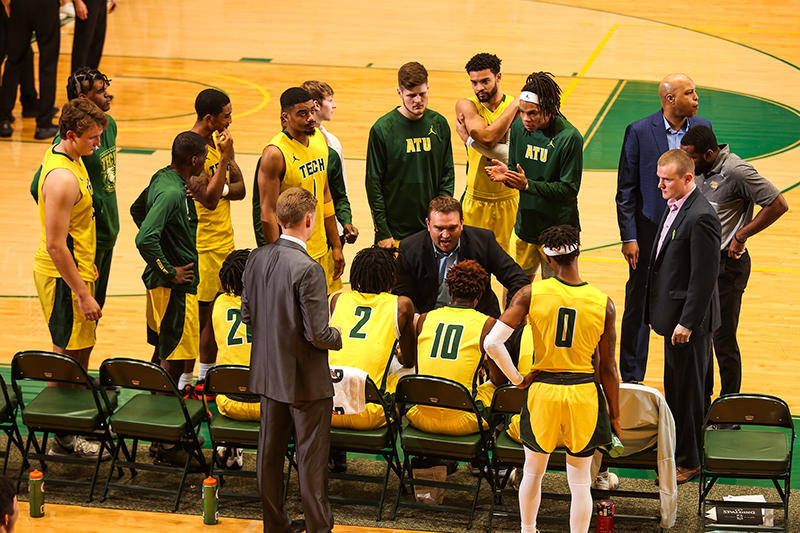 Thornton, who came in averaging 4.8 points per game this season, was 13-of-19 from the field in what was the next-to-last game of his collegiate career.

The senior from Aurora, Colo., also grabbed four rebounds to help the Rangers (9-18 overall, 6-15 GAC) complete a season sweep of the Wonder Boys.

Several of his 13 field goals were set up by A.J. Jones passes. Jones had 11 assists.

"We blew a couple of ball screen coverages, and when (Jones) gets downhill and gets into the paint he can make some plays," said Chad Kline, ATU head coach. "He is a great decision maker. We knew it would be tough coming in here, but I thought our guys battled."

NWOSU took the lead for good at 45-43 on a Thornton basket with 17:32 remaining. The Rangers maintained an advantage of between two and nine points the rest of the way.

Back-to-back 3-pointers by Dillon Gooding and Ke'Lyn Adams pulled the Wonder Boys within 79-76 with 1:15 remaining, but four NWOSU free throws sandwiched around a Jack Peck layup gave the Rangers an 85-76 edge with 20 seconds to go.

Arkansas Tech will conclude its 2019-20 men's basketball season with a GAC contest against Southwestern Oklahoma State University (12-15, 8-13) on Saturday, Feb. 29. Tip-off is set for 3 p.m. at the Pioneer Cellular Event Center in Weatherford, Okla.

Tech Tidbits: The Changing of the Seasons

Tech Tidbits: Pushing Through to the Finish Line