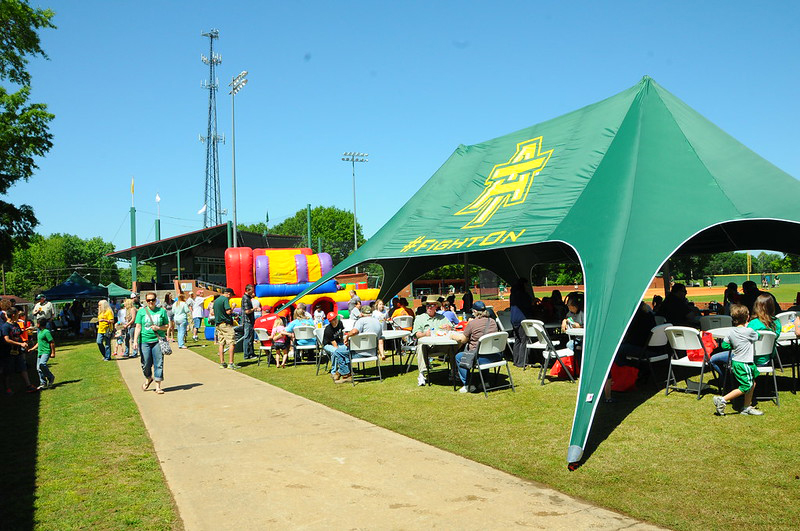 Editor’s Note: This event will no longer take place as originally scheduled due to Arkansas Tech University transitioning to virtual instruction in light of the coronavirus pandemic. Please continue to follow arkansastechnews.com for updates as they become available.

Bash at the Ballpark, originally scheduled for Saturday, March 14, at Arkansas Tech University’s Carl Baswell Field, has been pushed back two weeks due to forecasts of rain.

Now in its seventh year, Bash at the Ballpark is an event sponsored by the Russellville Area Chamber of Commerce that brings a carnival atmosphere to a Wonder Boys’ home baseball game.

Activities scheduled for Bash at the Ballpark include music, food, door prizes and more. Jerry the Bulldog, ATU campus ambassador, will be available for photos.

Fans age 12 and under will be entered for a chance to throw out the ceremonial first pitch at the game.

Admission to Bash at the Ballpark and the game will be free and open to the public.