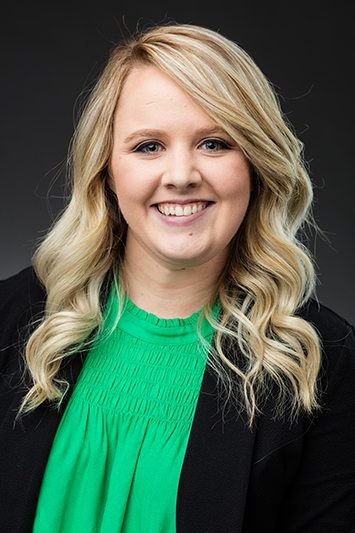 It is one of three regional awards captured by the ATU Division of Student Affairs through the 2019 NASPA awards program.

A 2016 graduate of Arkansas Tech, Ragland joined the ATU staff on Feb. 1, 2019. In addition to her day-to-day duties in support of her colleagues and ATU students, Ragland has also accepted leadership roles in planning and executing special programs such as the 2019 NASPA Region IV-West spring critical conversations event at ATU, the inaugural ATU Division of Student Affairs Assesstival (assessment festival) and the first-ever ATU First Generation Institute.

"Taylor is the perfect example of an individual who excels at managing up," wrote Dr. Brett Bruner, ATU dean of student engagement, in a letter nominating Ragland for the award. "She takes the initiative to work on projects and tasks without having to be told to. She can anticipate our questions and works to find the information, even before we ask the questions. She does all this with such ease, grace, energy and positivity. Taylor has such a bright future ahead of her in the field of higher education and student affairs."

Bruner was also honored by NASPA Region IV-West through its 2019 awards program.

He and Dr. Keegan Nichols, vice president for student affairs at ATU, co-authored a research paper entitled "The Perceived Role of Parents and Family Members of First Gen College Students on Transition." The paper was recognized with a NASPA Region IV-West Campus Based Literature/Research Publication award.

The third 2019 NASPA Region IV-West award earned by the ATU Division of Student Affairs is the Innovative Program of the Year award. The commendation was presented based upon the ATU First Generation Institute, which brought 63 rising high school juniors and seniors to campus for an immersive experience designed to prepare them for college.