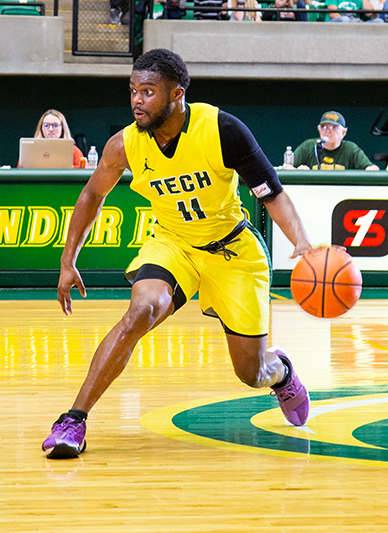 Saturday afternoon at the W.T. Watson Athletic Center in Magnolia belonged to the Brooks brothers.

The Muleriders (4-5 overall, 2-2 GAC) held the Wonder Boys to 2-of-16 shooting from 3-point range and forced Arkansas Tech into a season-high 26 turnovers.

"We got out-toughed," said Chad Kline, ATU head coach. "We're not going to beat anyone turning the ball over 26 times. Credit SAU. They had their ears pinned back from the start, and when you aren't making any perimeter shots, they clog the paint defensively and you start pressing offensively. Their pressure sped us up."

Southern Arkansas led by as many as 10 points in the first half. Six points in the final 66 seconds of the period by ATU's Devante Foster kept the Wonder Boys within striking distance, but an Aaron Lucas 3-pointer on the final shot of the half pushed SAU's margin to 33-25.

Arkansas Tech stayed closed by making five of its first eight field goal attempts to begin the second half.

The Muleriders pulled away for good with an 8-0 run over a span of 2:13. When that decisive spurt was complete, SAU held a 58-42 edge with 10:01 to play. The margin remained 12 points or greater the rest of the afternoon.

The Wonder Boys (6-3, 2-2) will visit the nationally-ranked Missouri Southern State University Lions for a 1 p.m. non-conference contest in Joplin, Mo., on Saturday, Dec. 21.