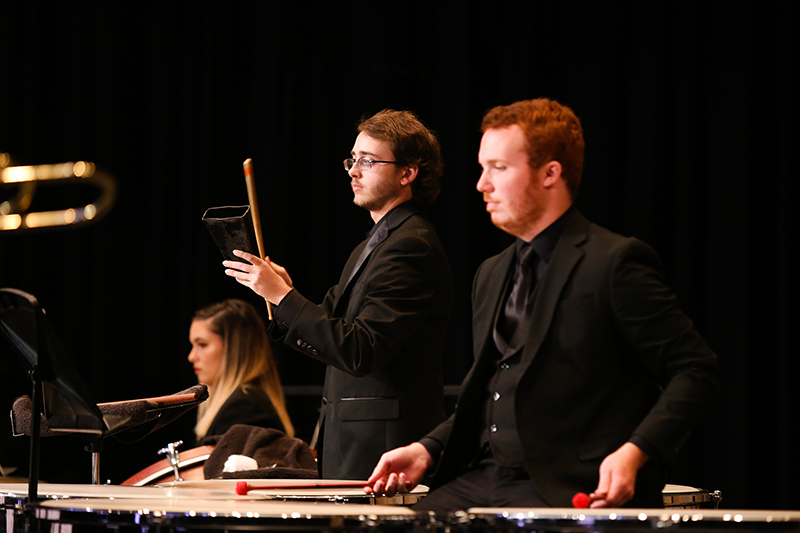 The performance will begin at 2:30 p.m. in Witherspoon Auditorium, 407 West Q Street Russellville. Admission will be free and open to the public.

Sunday’s concert will be highlighted by a performance of “Symphony No. 2: Voices.” The piece was composed by James Stephenson, composer in residence with the Lake Forest Symphony (Ill.).

Stephenson will visit the ATU campus to work with the ATU Symphonic Wind Ensemble in advance of the concert and attend the performance of his composition.

“A notable characteristic I try to infuse in my music is rhythmic momentum, as well as colorful scoring and orchestration, whether for instruments of the same timbre, or in mixed chamber settings,” wrote Stephenson on his website, www.composerjim.com. “For me, this is the playground, and I absolutely love this part of the process.”

Stephenson has worked as a full-time composer since 2007. Previously, he earned a degree in trumpet performance from the New England Conservatory and performed for 17 seasons in the Naples Philharmonic (Fla.).

Dr. Barbara Clements, ATU associate professor of music, will offer a soprano vocal as part of Sunday’s performance of “Voices.”

Other pieces on the program are “March (Second Metamorphosis)” by Paul Hindemith, “La Fiesta Mexicana” by H. Owen Reed and “Hosannas” by David Maslanka.

The ATU Symphonic Wind Ensemble is conducted by Dr. Daniel A. Belongia, ATU professor of music and director of bands.