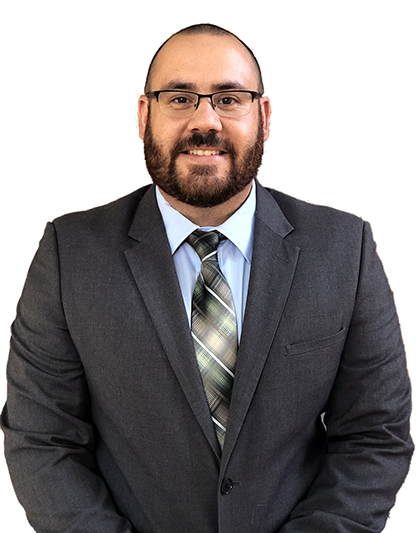 The University of New Mexico hired Gallegos as assistant director of athletic communications in 2018. Over the past two years, he has served as the primary contact for Lobos baseball, women’s basketball and women’s soccer.

“Daniel is highly regarded within the Great American Conference and his profession,” said Davis. “He has the skills, experience and work ethic necessary to succeed in the role of director of athletic communications at ATU. Daniel and his family are eager to return to Arkansas, and we are equally excited to welcome them to the Arkansas Tech family.”

“Adding Daniel to an office that already includes Taylor, Stormi and a dedicated group of student assistants will provide us with a dynamic athletic communications team,” said Davis.

Gallegos holds a Bachelor of Arts degree in strategic communications from the University of the Ozarks and a Master of Science degree in sports administration from Henderson State.

“I am really excited for the opportunity to lead the athletic communications office at Arkansas Tech University,” said Gallegos. “The overall history and success of Arkansas Tech athletics speaks for itself, and I look forward to re-telling those stories while also having the opportunity to share the future successes that will be achieved by our coaches and student-athletes. My family and I are excited to return to Arkansas and reconnect with friends and colleagues within the Great American Conference. I am grateful to Coach Davis and the entire search committee for their time and efforts and for affording my family and me this opportunity.”

Gallegos is married to the former Kylie Venable. They have one daughter, Parker Grace, and one son, Paxton Rhys.