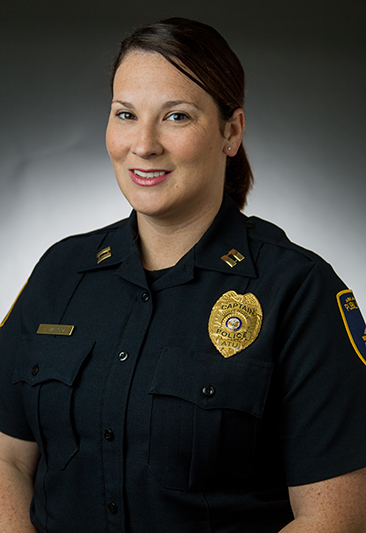 Capt. Tammy Dougan was presented with the Cupola Award as part of the 2019-20 awards program administered by the Arkansas Tech University Department of Campus Life.

The Cupola Award is presented on an annual basis to an individual who has gone “above and beyond to deliver the highest standard of service for students.”

Dougan serves as assistant chief and patrol division commander in the ATU Department of Public Safety.

Information provided by the ATU Department of Campus Life relative to Dougan’s nomination stated that she “displays this standard through her daily work” and that “she is innovative in engaging students in different programming and she goes outside of her own department to make great things happen.”

Other end-of-year awards given by the ATU Department of Campus Life included: