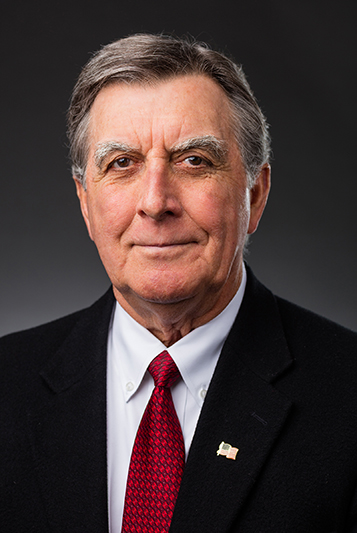 Gov. Asa Hutchinson has appointed Thomas Leonard “Len” Cotton of Dardanelle to the Arkansas Tech University Board of Trustees.

Cotton served in the U.S. Army during the Vietnam War and earned the Army Commendation Medal, the Air Medal and the Combat Infantryman’s Badge.

He was a member of the committee that helped bring the Arkansas Vietnam Veterans Memorial to the State Capitol grounds in Little Rock.

Cotton worked for the Arkansas Department of Health for 37 years, including service as district manager for the counties of Johnson, Logan, Pope and Yell from 2001 until the time of his retirement in 2009.

Cotton has served as the public address announcer at Dardanelle High School football games for 30 years, and he is a lifelong member of First United Methodist Church of Dardanelle.

Cotton and his wife, Avis, are parents of Sarah Cotton Patterson, attorney and partner at Friday, Eldredge and Clark in Little Rock; and Tom Cotton, U.S. senator from Arkansas.

Returning members of the ATU Board of Trustees for 2020 are Eric Burnett of Fort Smith, Stephanie Duffield of Russellville, Tom Kennedy of Little Rock and Jim Smith of Fayetteville.

The next scheduled meeting of the ATU Board of Trustees is 1 p.m. Thursday, Jan. 16, at Ross Pendergraft Library and Technology Center in Russellville.

Turning Cupcakes (And Other Things) Into Scholarships