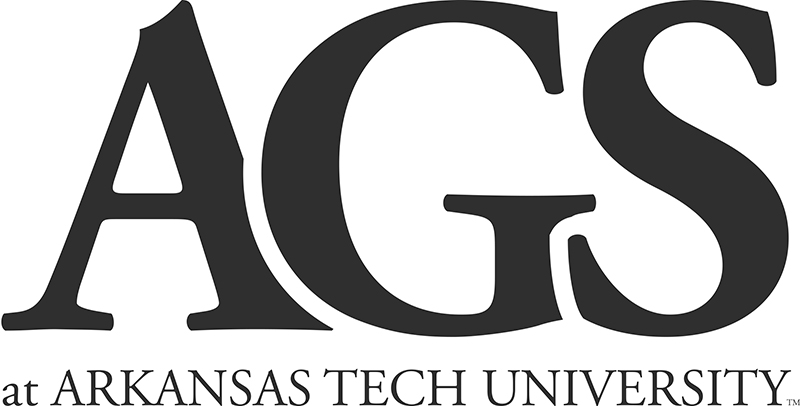 The 295 rising high school seniors who completed the 2020 Arkansas Governor’s School conducted by Arkansas Tech University July 5-Aug. 1 overcame the circumstances of a pandemic and grappled with complex social issues during a distance learning adventure unlike anything in the 41-year history of the program.

“We told the faculty and staff at the beginning of the program that this is a social experiment,” said Dr. Jeff Woods, who serves as co-director of AGS at ATU alongside Dr. Robin Lasey. “Can we overcome the obstacles that are in front of us? Can we learn and build a community even in the midst of a pandemic? Everybody embraced that, and we did that.”

More than seven months of planning for AGS 2020 was overturned when the coronavirus (COVID-19) pandemic arrived in Arkansas in mid-March. What was originally planned as a four-week, residential program was converted to a virtual environment.

The daily academic schedule was essentially the same as it would have been in a face-to-face environment.

Technology resources available through ATU allowed English students to participate in multimedia journalism, drama students to produce short films and music students to learn pieces in isolation and bring them together through editing software.

Woods said the greatest initial challenge in transitioning to a virtual environment was in relationship building.

“There’s something special about being on campus, living together and being away from the pressures of home that really makes Governor’s School a different kind of experience and a transitional one,” said Woods. “We couldn’t replicate that, but we did the best we could.”

Online community groups were created to provide students with a small cohort of peers similar to what they would experience in a residence hall. Resident assistants guided each small group in social and team-building activities. Each Friday included a virtual large group gathering of AGS students. Student clubs were developed just as they are in a typical face-to-face AGS setting.

“A lot of students built relationships,” said Woods. “It took longer and I’m not sure they were as deep as they would have been if they were face-to-face. There was some socialization that we didn’t expect. There was a lot of online communication. Students were messaging each other all the time and we had a general chat they could participate in, so that provided for some socialization that we don’t normally have.”

One of the outgrowths of that socialization was an Area III project by a group of AGS students for the benefit of the Arkansas Food Bank. The project raised more than $5,000 in a span of less than a week.

Curriculum was altered mid-stream to include perspectives on the pandemic as well as the renewed conversation on race in America following the deaths of George Floyd, Breonna Taylor, Ahmaud Arbery and others.

Polly Price, an alumna of AGS and professor of global health at Emory University, and Baratunde Thurston, an Emmy-nominated writer, activist, comedian and host, were added to the list of AGS impact speakers in response to students’ curiosity about the pressing topics of summer 2020.

“We really needed to hit those conversations head on,” said Woods. “These students were really interested in issues related to race. They were aggressive in their interest and wanted to talk about it, so it ended up being a part of every class. Several other speakers addressed the pandemic and race relations. We pivoted pretty quickly. All of that was happening as we were making the transition (to distance learning). I think everybody was really open to moving toward where the students wanted to go.”

Lasey echoed the notion that the faculty’s adaptability was essential to the 2020 program.

“(The faculty) pivoted so quickly and so well,” said Lasey. “They rolled with the punches and did great. There was disappointment that they missed out on the face-to-face interaction with the students and each other. Governor’s School, in a lot of ways, is just as important for the faculty members as it is for the students. They were able to interact through WebEx Teams and focused on getting the students involved. The success of Governor’s School is based upon how much work the faculty did and their willingness to adjust.”

Contributions by the ATU Office of Information Systems were also integral in the transition to a virtual environment.

“The amount of work that OIS did and the support they have given us…they are amazing,” said Lasey. “We couldn’t have done it without them.”

AGS is supervised by the Arkansas Department of Education Gifted and Talented Programs administrator with assistance from an advisory council appointed by the governor.

Since taking leadership of AGS in fall 2018, Lasey and Woods have sought to increase the geographic diversity of the program by recruiting students from every region of Arkansas and reaching out to school districts that have not been historically represented in the AGS student body.

“In terms of applications and initial acceptances, we definitely made a leap as compared to the previous year,” said Lasey when asked about the ongoing pursuit of that goal. “I think we’re going to find in the final analysis that we’re not quite where we want to be because of the lack of internet across the state. Smaller towns where students didn’t have access to an internet connection was a limiting factor for some. We will continue to reach out to schools we aren’t currently serving. We’re better, but there’s still work to do.”

ATU is scheduled to host the 42nd Arkansas Governor’s School during summer 2021. Members of the Arkansas high school graduating class of 2022 may learn more about applying to become an AGS student in the coming months by visiting www.atu.edu/ags.

“We turned the adversity into an opportunity,” said Woods when asked to sum up AGS 2020. “In some ways, this might have been the most special Governor’s School we’ve ever had. This was a tumultuous year, and these kids were stressed out and tense with each other and the faculty. They knew their world was upset, but they learned to communicate through all of that and they learned how to make their world a better place even when everything seems to be going downhill. They kept that optimism. That’s pretty remarkable. It wasn’t your standard AGS and we didn’t get to do all the things we’d normally do, but man, it was special. It was special because it was hard.”

Below is a list of AGS 2020 completers, organized alphabetically by the names of the high schools they represented: