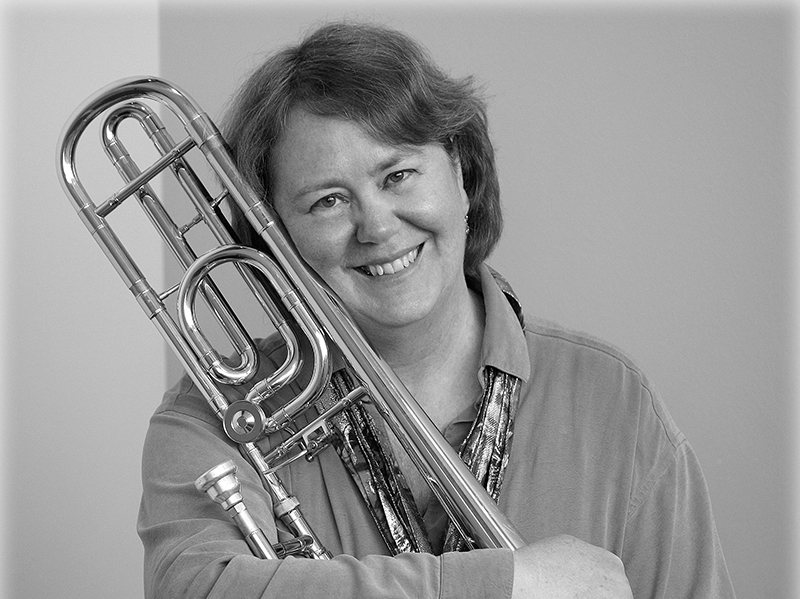 The concert will begin at 7:30 p.m. in Witherspoon Auditorium, 407 West Q Street in Russellville. Admission will be free and open to the public.

Conant has performed instrumental music theater works with surround sound electronics in more than 150 cities around the world. She has given master classes at the Juilliard School in New York City, the Eastman School of Music at the University of Rochester (New York), the New England Conservatory of Music in Boston, Mass., the Yale University School of Music and many others.

An honor graduate of Temple University, Conant earned her Master of Music degree from the Juilliard School. She also holds an Artist Diploma from the Cologne University of Music in Germany.

Conant has served as principal trombone for the Royal Opera of Turin, Italy, and the Munich Philharmonic Orchestra. She was awarded the official honorable title of Kammersolistin der Stadt Muenchen after 10 years of exemplary musical service to the city of Munich, Germany.

Tuesday’s performance is the initial event in ATU’s celebration of Women’s History Month. Conant won an 11-year court battle against the Munich Philharmonic Orchestra, during which it was proved she was the victim of gender discrimination. Her fight to receive the position she had earned through a blind audition was documented by Malcolm Gladwell in the New York Times bestseller “Blink.”