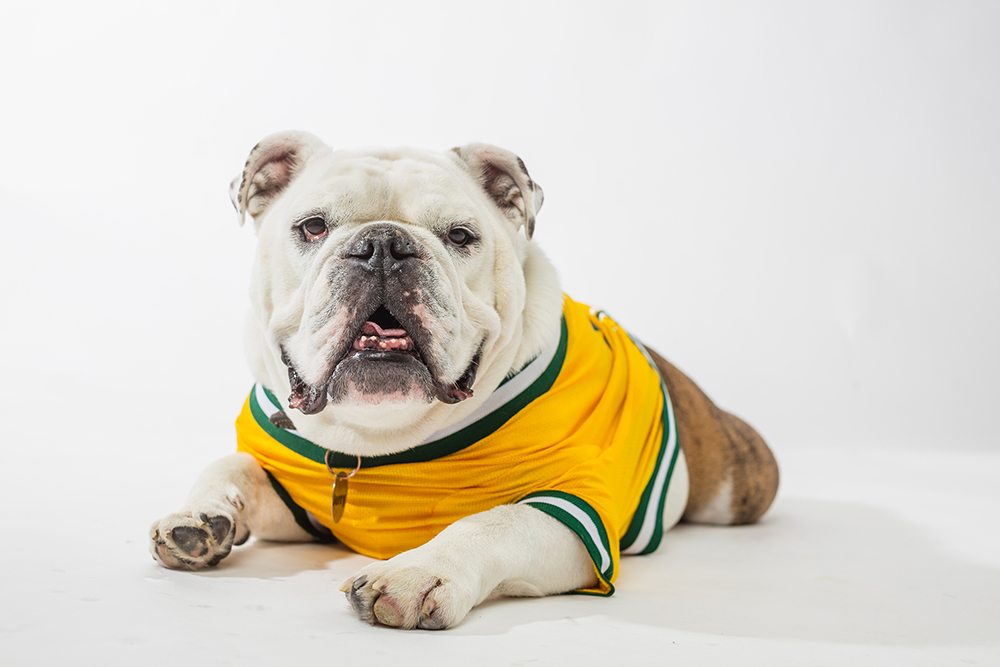 Jerry the Bulldog, Arkansas Tech University campus ambassador, will mark his ninth birthday with a come-and-go reception on Monday, July 18.

The reception will take place from 3-4 p.m. in the Hull Building Student Union, which is located at the north end of Thone Stadium at Buerkle Field. Members of the ATU community and their families as well as alumni and friends are invited to attend.

Parking will be available near the ATU Alumni House, 1313 N. Arkansas Ave. in Russellville.

He was owned by William O. Young, who oversaw the business affairs of Arkansas Tech as secretary and bursar from 1917-41 and acted as interim president of the college from 1923-25; and his son, Robert A. Young Sr., who grew up to serve as purchasing agent, business manager, vice president for business affairs and vice president for administration and finance at Arkansas Tech from 1941-84 as well as interim president in 1972. Dr. Robert A. Young Jr. has continued his family’s Tech tradition by serving as president of the Arkansas Tech Foundation and as a loyal supporter of Tech athletics.