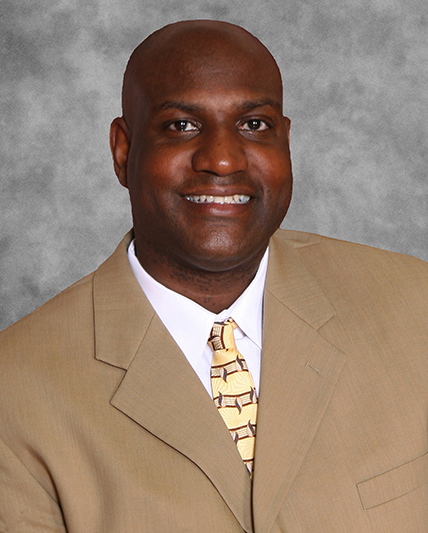 Eric Burnett of Fort Smith was elected by his fellow trustees to serve as chairman of the Arkansas Tech University Board of Trustees for the 2021 calendar year during a virtual meeting on Thursday, Jan. 21.

Burnett was appointed to the board by Gov. Asa Hutchinson in January 2017. He is in his second five-year term of service as a trustee. He was previously a member of the ATU Board of Trustees from 2011-16 and was chairman of the board in 2015.

A 1994 graduate of Arkansas Tech, Burnett earned four letters as a member of the Wonder Boys basketball team.

He was named an NAIA All-American in 1993 and he was a two-time All-Arkansas Intercollegiate Conference selection. The Wonder Boys won 83 games and the 1993 AIC title during Burnett’s career.

Burnett and his wife, Michelle, have two daughters.

The fifth member of the ATU Board of Trustees for 2021 will be appointed by Gov. Asa Hutchinson. That appointee will succeed Tom Kennedy of Little Rock, whose five-year term on the board expired Jan. 14.

In other business on Thursday, the ATU Board of Trustees approved:

*a transfer of $121,268.70 from Lake Point Conference Center reserve funds to the roof reserve account;

*consistent with Internal Revenue Service regulations, placement of up to the $2.1 million from the proceeds of the Lake Point Conference Center sale in escrow so those funds may be used to pay down a 2014 bond issue related to Lake Point at a later date;

*a request by the ATU College of Education and the ATU Department of Curriculum and Instruction to deliver the Master of Education degree in instructional technology 100 percent online in addition to in-person delivery;

*an annual request by the ATU Upward Bound programs to participate in the Arkansas Department of Human Services summer food service program;

*naming an academic space located near the ATU Greenhouses the Dr. Jim Collins Agriculture Classroom in recognition of Collins' recent commitment of $100,000 to the ATU Foundation in support of a technology and maintenance endowment for that space;

*and deletion of the Certificate of Proficiency in medical transcription at ATU-Ozark Campus due to low program viability and low industry need.

Fiorello has served as ATU-Ozark chief fiscal officer since 2016. She added the duties of ATU budget and financial reporting director on an interim basis Aug. 1, 2020. Thursday's action removed the interim tag from her additional responsibilities.

Thomas Strahan, who previously served as coordinator of fraternity and sorority life in the ATU Department of Campus Life, was approved by the board to transition to the coordinator of alumni engagement position in the ATU Office of Alumni Relations effective Jan. 4, 2021.

Trustees approved the hiring of Robin Ghosh as visiting instructor for computer and information science for the spring 2021 semester, Rachel Lee as coordinator of disability services effective Jan. 4, 2021, and Ashley Shrives as nurse practitioner in the ATU Health and Wellness Center effective Jan. 11, 2021.

Weaver Serving on Board for Professional Organization

ATU Honor Students in Behavioral Sciences Give Back