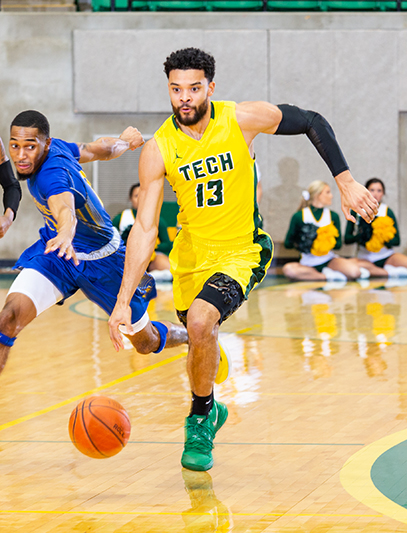 “I thought it was a high level game for 30 minutes,” said Chad Kline, ATU head coach. “They had more energy than us those last 10 minutes. When you play bad defense like we did and they see some shots go in, then they start making tough shots.”

Albert Odero scored a team-high 21 points for Arkansas Tech. He was 9-of-10 from the field, including 3-of-3 from beyond the 3-point arc. Ramses Sandifer had 15 points for ATU, while R.J. Glasper and Dillon Gooding notched 12 points apiece.

The Wonder Boys will return home to Tucker Coliseum in Russellville for a 7:30 p.m. GAC contest against Oklahoma Baptist University on Thursday, Feb. 20.