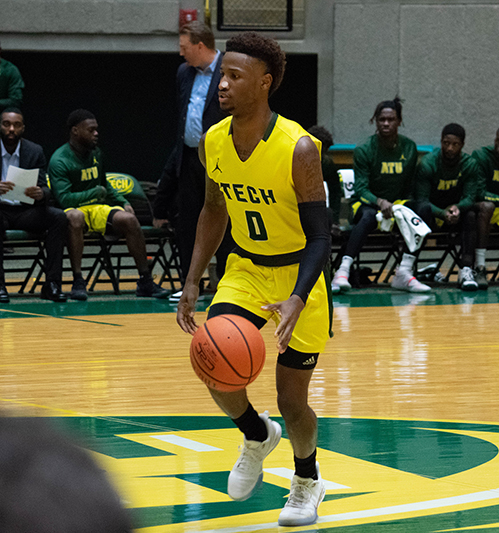 “You wouldn’t know it, but offensively we were actually getting good looks at the basket,” said Chad Kline, ATU head coach. “We battled for the most part, we just didn’t make shots. Guys we are used to hitting shots didn’t make them.”

A frantic pace created by Arkansas Tech’s full-court pressure yielded 24 turnovers in the opening half — 12 by each team. Oklahoma Baptist shot 52 percent from the floor during the opening 20 minutes and went to the locker room with a 36-30 edge.

Harrison Stoddart led the way with 16 points for the Bison. He was 6-of-8 from the field.

Arkansas Tech committed 29 fouls, compared to 15 for Oklahoma Baptist. The Bison were 20-of-34 from the free throw line, while ATU was 6-of-10.

The Wonder Boys will begin a four-game homestand by hosting Harding University for a 7:30 p.m. GAC contest at Tucker Coliseum in Russellville on Thursday, Jan. 16.