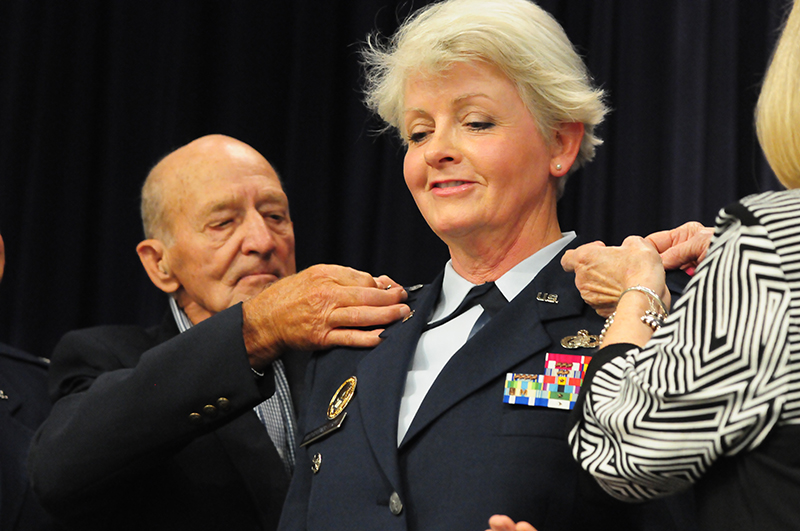 Tamhra Hutchins-Frye, the first woman to attain the rank of General officer in the Arkansas Air National Guard, will be the guest speaker at the Wednesday, Nov. 20, Lunch With a Leader series event hosted by the Arkansas Tech University Office of Student Leadership.

The conversation will begin at noon in Baswell Techionery room 203. Lunch will be provided on a first come, first served basis.

Hutchins-Frye entered the Air National Guard shortly after her graduation from Arkansas Tech with a Bachelor of Science degree in elementary education in 1983.

She received her commission in August 1989 through the Academy of Military Science in Knoxville, Tenn. She deployed in 2013 in support of Operation Enduring Freedom as the Chief of Staff, NATO Afghanistan Transformation Task Force, Headquarters International Security Assistance Force in Kabul, Afghanistan.

Hutchins-Frye was promoted to Brigadier General and appointed director of the Arkansas Air National Guard Joint Staff on June 4, 2016.

She was subsequently appointed director of manpower, personnel and services in the Air National Guard Readiness Center at Joint Base Andrews (Md.) before retiring from the service in August 2019.

Learn more about ATU’s Lunch with a Leader and related initiatives at www.atu.edu/leadership_programs.