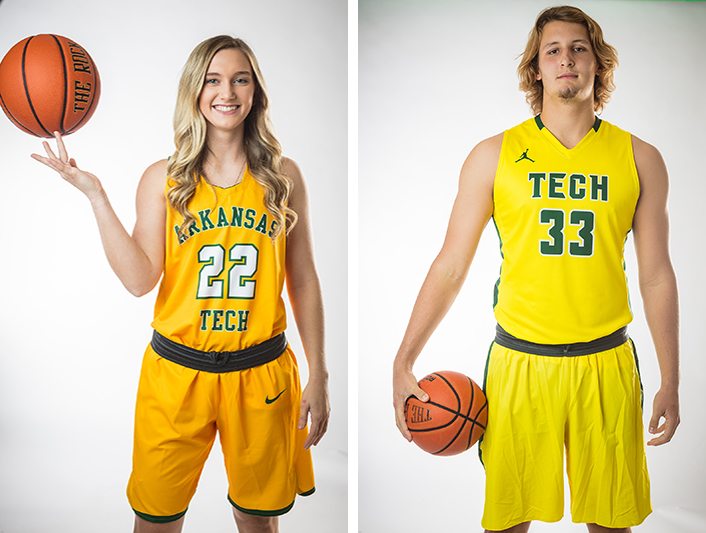 Arkansas Tech University will return from the holiday break and resume its 2019-20 basketball season by hosting Southeastern Oklahoma State University for a Great American Conference doubleheader on Thursday, Jan. 2.

About the Golden Suns: Much has changed for Arkansas Tech’s women’s basketball team during its 19-day break from game competition. Senior guard Hannah Villines, last year’s GAC newcomer of the year, and freshman guard Jalei Oglesby, the GAC’s leading scorer in 2019-20, have both been ruled out for the remainder of the season due to knee injuries. Their loss comes at the same time that junior Brenda da Silva is emerging. A 6-foot-3 center, da Silva is averaging 17 points and 14 rebounds per game over her last two outings. She is the reigning GAC player of the week.

About the Savage Storm: Southeastern Oklahoma State opened the season with four consecutive wins, including an 85-76 victory over 2019 NCAA Division II national runner-up Southwestern Oklahoma State University. The fast start earned the Savage Storm its first national ranking (No. 18) in the Women’s Basketball Coaches Association NCAA Division II top 25 since 2010. Southeastern has since gone 2-2 and fallen out of the top 25. Senior guard Katie Webb (17.5 points per game in 2019-20) is a two-time All-GAC selection. She has scored 1,247 career points.

About the Savage Storm: Southeastern Oklahoma State was 23-8 overall and reached the second round of the NCAA Division II Tournament last season. Kevin Buckingham earned All-America and GAC player of the year honors in 2018-19. Now, as a senior, the 6-foot-6 forward is averaging 22.2 points and 6.9 rebounds per game for the Savage Storm. Southeastern also features junior guard Adam Dworsky, who leads NCAA Division II in assists (9.5 per game), and junior forward Kayo Goncalves, who leads NCAA Division II in 3-point field goal percentage (.571).