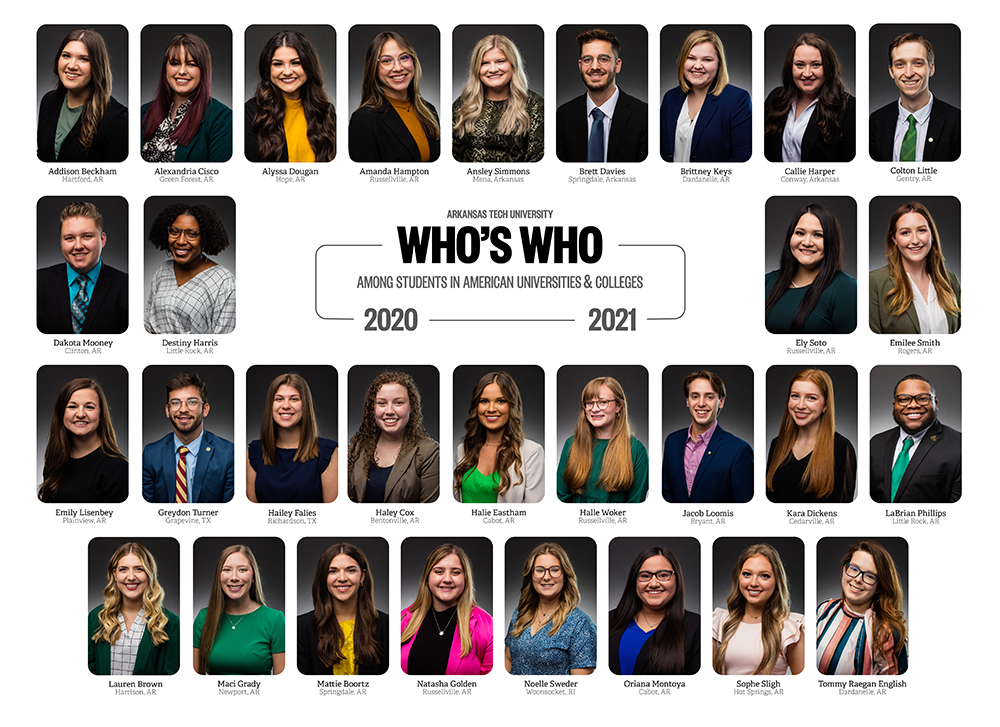 Image of ATU Who's Who Composite 2021

Thirty students have been selected for inclusion in the 2021 edition of Who’s Who at Arkansas Tech University.

Who’s Who selection is based upon academic achievement, service to the community while enrolled at Tech, leadership and involvement in co-curricular activities and the potential for continued success.

Students were required to meet the following criteria in order to be eligible:

Listed below are the 2021 Who’s Who at ATU honorees: