Arkansas Tech University celebrated the topping out of its new multi-sports complex on Thursday afternoon with a ceremony at the construction site near Tech Field in Russellville.

A beam signed by ATU students, faculty, staff, alumni and friends was put in place symbolizing a milestone in the construction of the facility.

“Progress continues at Arkansas Tech University,” said Leigh Whiteside of Russellville, chair of the ATU Board of Trustees, during Thursday’s ceremony. “The remarkable growth at our university over the past two decades has included a significant investment in the physical presence of our campuses in Russellville and in Ozark. Today is another milestone in that progress, and it is especially meaningful because this multi-sports complex represents the first major construction project that will be planned and completed during the tenure of our 12th president, Dr. Robin E. Bowen. As we move forward with finalizing and implementing the campus master plan, we will look back on this project as the first in a new era of progress at ATU.”

The new facility will provide an indoor practice space for the intercollegiate baseball, softball, tennis and men’s golf and women’s golf programs at Tech. Locker room and office space for the baseball program, a training room and a conference room are also included in the project.

Bowen spoke about recent athletic achievements by the Wonder Boys and Golden Suns as well as the fact that they accumulated more than 6,000 volunteer service hours in 2016-17, which ranked top two among more than 300 NCAA Division II members in the United States and Canada.

“This achievement is just one of many ways that ATU coaches and student-athletes are living out the six attributes of NCAA Division II: learning, balance, resourcefulness, sportsmanship, passion and service,” said Bowen. “So long as we keep those objectives at the core of our intercollegiate athletics mission, the Wonder Boys and the Golden Suns will be champions in athletic competition, in the classroom and in our community.”

It is anticipated that additional intercollegiate athletics programs at Tech and students from the Department of Health and Physical Education will also utilize the facility.

The ATU Board of Trustees voted in December 2016 to award a construction contract in the amount of $3.5 million to low bidder Cline Construction Group of North Little Rock for the construction of the complex. AMR Architects of Little Rock designed the structure.

Funding for the project has been provided by private donations and existing university reserves. The facility is scheduled to open in spring 2018. 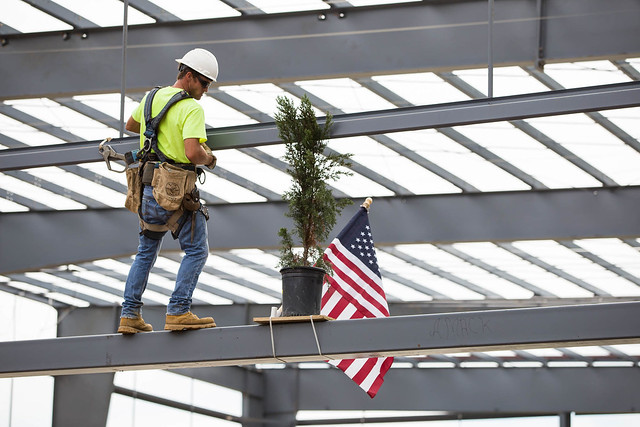