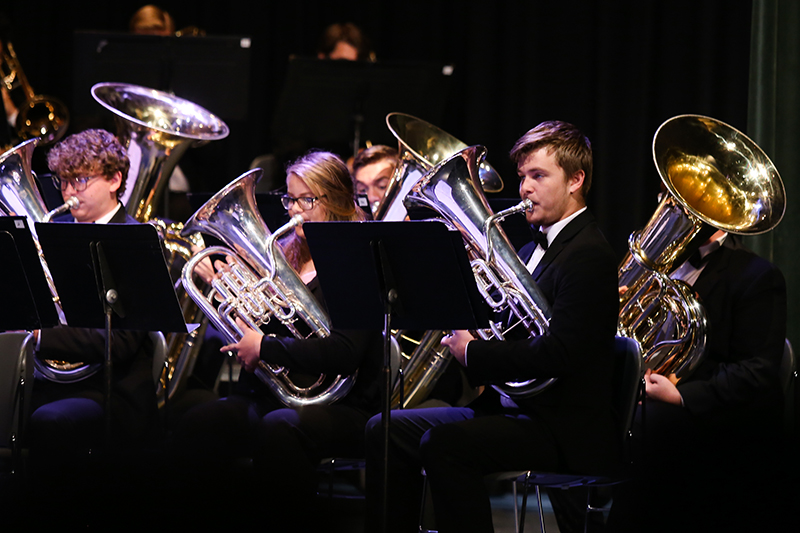 Arkansas Tech University will present the ATU Symphonic Band and the ATU Concert Band for a performance at 7:30 p.m. Thursday, March 5.

The concert, entitled “Grace,” will take place in Witherspoon Auditorium, 407 West Q Street Russellville. Admission will be free and open to the public.

The ATU Symphonic Band will perform “Fantasia in G” by Timothy Mahr, “Amazing Grace” as arranged by William Himes and Luis Maldonado, “Chorale And Alleluia” by Howard Hanson and “Aspen Jubilee” by Ron Nelson.

Pieces scheduled for the ATU Concert Band portion of the program are “Noble Men” by Henry Fillmore, “Sunchaser” by Carol Brittin Chambers, “Down a Country Lane” by Aaron Copland and “Jinx” by Ryan George.

The ATU Symphonic Band is comprised primarily of music majors, but is open to students of all majors by audition. The group performs two concerts per semester.

Daughters and a pair of ATU student conductors, Megan Garrett of Little Rock and Dillon Green of Hot Springs, will conduct the ATU Concert Band.