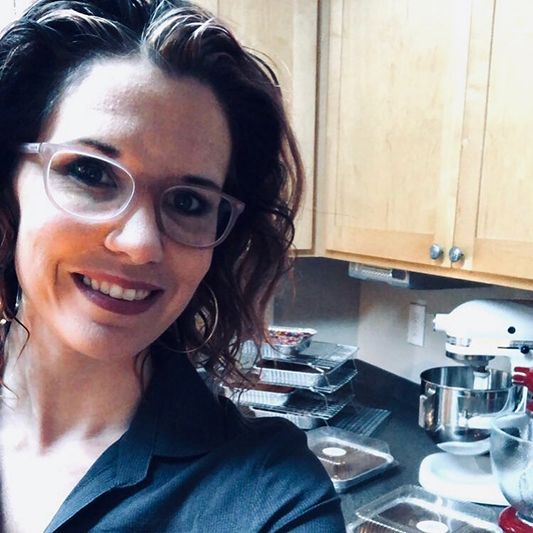 Robyn Jones has been baking for as long as she can remember.

Now, she has converted that passion and a family tradition into a new business named Aunt Melvie Brownies and More. Jones’ business opened on June 12 with assistance from the regional office of the Arkansas Small Business and Technology Development Center at Arkansas Tech University.

Jones’ late, great Aunt Melvie shared her coconut pecan brownie recipe with her and her mother when Robyn was 6 years old. They have since revised the original recipe, and Jones continues to adapt it to make several varieties of brownies that she plans to introduce in the future. She said the plain fudge brownie variety, which has no nuts, is proving to be a crowd pleaser due to the fact it is dense, fudgy and unlike any box brownie mix.

By working with ASBTDC’s Ronda Hawkins at the ATU center, Jones was able to receive the counseling and guidance she needed to get her small business off the ground.

“I had no idea what steps I needed to take to get my business started,” said Jones. “It is wonderful to have a resource like this available at ATU. Without their help, I would not have known where to begin and would likely have gotten frustrated and given up.”

Jones, an ATU alumna, is in her 10th year as an insurance agent in Russellville. While working her regular job four days a week, she plans to spend her time off focusing on her new side venture. Operating her business under the Arkansas Cottage Food Law allows Aunt Melvie Brownies and More to sell from the site where the food is made (Jones’ home), farmers’ markets, county fairs and special events.

This article was submitted by Amy Brenner on behalf of the ASBTDC regional office at ATU.