Patriotism was the order of the evening when Arkansas Tech University hosted a military appreciation night in conjunction with its basketball doubleheader against Henderson State University on Thursday, Jan. 19.

Active duty and veterans of the U.S. armed services received free admission to the doubleheader at Tucker Coliseum in Russellville. Fans also received "United We Stand" T-shirts and American flags as an opportunity to display their affection for their country.

Representatives of the armed services were invited to join the U.S. Army ROTC color guard from Arkansas Tech in the presentation of colors before the start of the women's game. 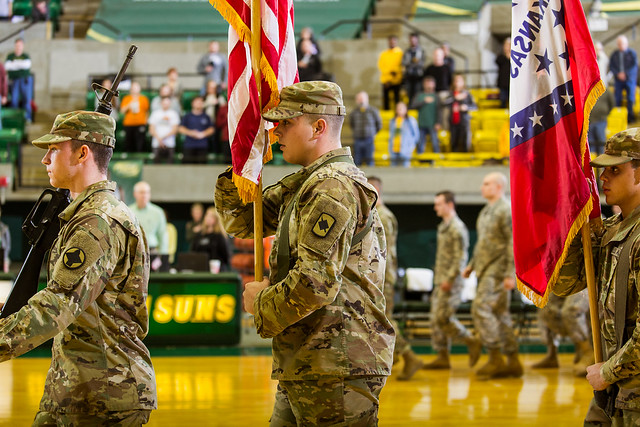