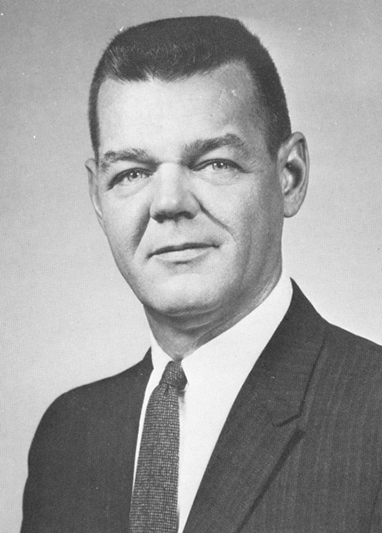 Arkansas Tech University’s list of 2020 professor emeritus honorees includes a posthumous recognition for one of the most legendary figures in the history of the institution.

Gene Witherspoon was among those who received the title professor emeritus from the ATU Board of Trustees during its regulary scheduled March meeting.

Known to generations of Tech alumni as “Chief Witherspoon,” he served as director of bands at Arkansas Tech from 1950 until the time of his death.

Witherspoon is one of only five individuals in ATU history to hold the title director of bands. He died on Jan. 14, 1979, and was inducted into the Arkansas Tech Hall of Distinction later that year. He is now recognized as professor emeritus of music at ATU.

Combined, the five of them gave 158 years of service to Arkansas Tech.

Requirements for professor emeritus status at Arkansas Tech include 15 or more years of consecutive service and nomination by any member of the university community who holds faculty rank.

Authority to grant emeritus status rests with the Arkansas Tech Board of Trustees upon the recommendation of the president of the university.

Below are bios for Tech’s latest professor emeritus honorees:

Andy Anders, Professor Emeritus of Music
Anders received his Master of Science degree from Northwestern University in 1968 and his Bachelor of Arts degree in music education from Arkansas Tech in 1967. Anders came to Arkansas Tech in 1968 as an instructor of music and served as an assistant to the band director, Gene Witherspoon. He was promoted to assistant professor in 1971 and to associate professor in 1982. Over the course of several years, he was principal tubist with the Arkansas Symphony Orchestra. In 1998, he was named the head of the ATU Department of Music, a position he held until his retirement in 2008.

Dr. Ardith Morris, Professor Emeritus of Communication and Theatre
Morris received her Doctor of Philosophy degree from Northwestern University in 1989, her Master of Arts degree from the University of Arkansas at Fayetteville in 1975 and her Bachelor of Arts degree from the University of the Ozarks in 1973. She came to Arkansas Tech in fall 1982 in a three-quarter time position. In spring 1983, she was made a full-time instructor and director of theatre, a position she held until 2012. She was promoted to assistant professor in 1989, to associate professor in 1991 and to professor in 2005. During her tenure, she directed over 200 shows, including theatre and musical productions, both on the Arkansas Tech campus and with the River Valley Center of the Arts. Morris retired in 2019.

Dr. Lori Kim Troboy, Professor Emeritus of Management Information Systems
Troboy received her Doctor of Philosophy degree from the University of North Texas in 1997, her Master of Business Administration degree from the University of Arkansas at Fayetteville in 1987 and her Bachelor of Science degree from Arkansas Tech University in 1980. She initially taught at Arkansas Tech from 1982-88 as instructor and assistant professor in the Department of Computer and Management Science. In 2002, she returned to the university as an associate professor of management information systems and was promoted to professor in 2008. During her final year on the faculty, the 2018-19 academic year, she served as interim head for the Department of Management and Marketing.

Gene Witherspoon, Professor Emeritus of Music (posthumous)
Witherspoon received his Master of Science degree in 1952 and his Bachelor of Science in Education degree in 1943, both from the University of Arkansas at Fayetteville. In 1950, he was hired at Arkansas Tech as director of bands and instructor of music. He became the chair of the Division of Fine Arts in 1952. He was promoted to assistant professor in 1954, to associate professor in 1957 and to professor in 1963. In 1970, Witherspoon became head of the Department of Music following an institutional reorganization. In 1972, Witherspoon Hall was dedicated in his honor. In 1978, the National Federation of Music Clubs named Witherspoon the Arkansas musician of the year.