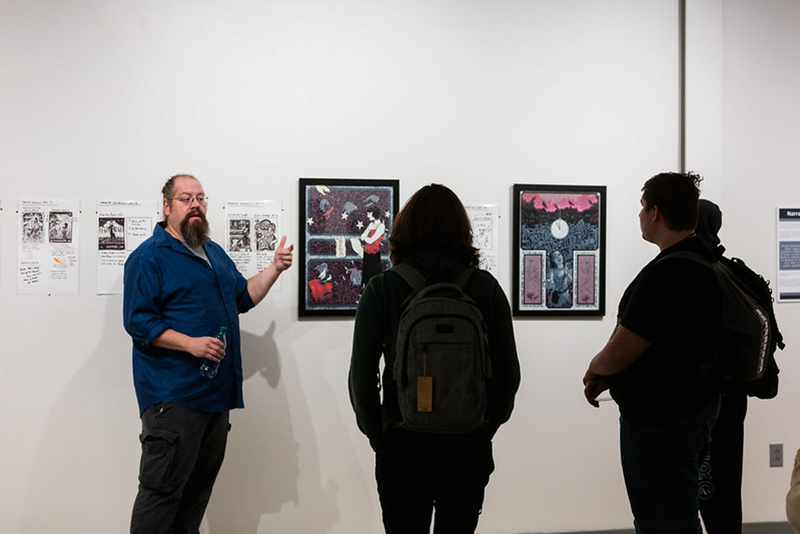 Arkansas Tech University art students were afforded the opportunity to learn more about the process of a professional artist during a gallery talk at Norman Hall on Tuesday, Feb. 11.

Robert Bean, department chair of painting and drawing at the Museum School of the Arkansas Arts Center, spoke during a reception that closed his exhibit “Thumbnails and Gestures: An Exhibit of Preparatory Drawings.” The show was on display at ATU’s Norman Hall Art Gallery Jan. 13-Feb. 11.

“As a student, this show was the type of show I always wanted to see,” said Bean. “I would go to a show with beautiful, finished artworks, but I never got to see the point A that led to the finished product. I didn’t get to see the mistakes, and that’s where I learn. Now, if I go to an exhibit that includes the sketchbooks in a room off to the side, I might spend 30 minutes with the famous paintings and then five hours looking at the sketchbooks.”

Bean explained his tendency to create works in a series stems from a youth invested reading comic books.

“I love that narrative flow,” said Bean. “I love that connection and creating 30 works that are all connected in some way.”

He said some of his favorite work is done when he allows his creativity to flow absent the stress of creating something perfect.

“I will often use low quality paper because there’s no pressure to be right,” said Bean. “My work on craft paper tends to be more genuine because I don’t care as much. I’m just putting something down on paper…idea after idea after idea. If it’s not good, I just move on to the next one, which is good, because I’ve made some horrendous ones.”

The spring 2020 schedule of exhibits at Norman Hall Art Gallery will continue Feb. 17-March 18 with “Between the Lines,” a series of works by Libby McFalls. No reception is planned for the McFalls exhibit. 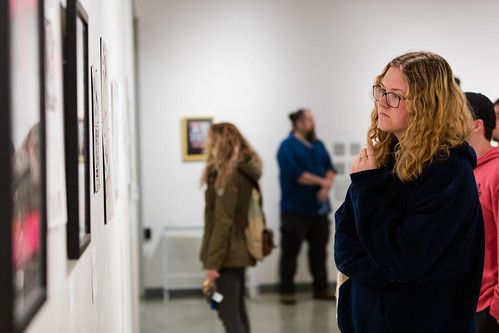