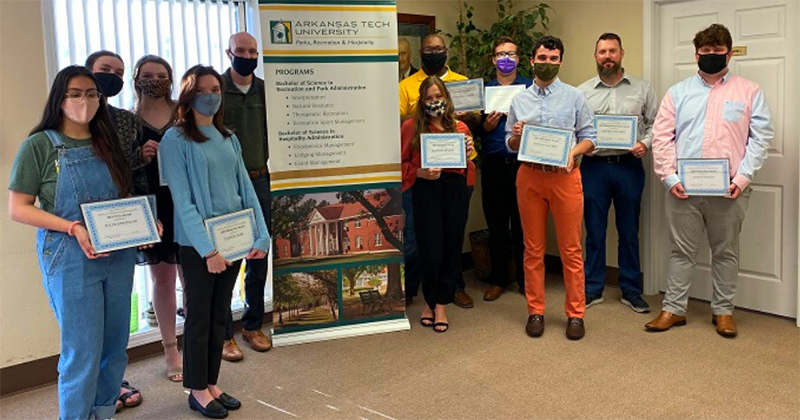 The Arkansas Tech University Department of Parks, Recreation and Hospitality Administration announced its 2021 departmental award winners during an event on Wednesday, April 21.

Learn more about the ATU Department of Parks, Recreation and Hospitality Administration at www.atu.edu/prha.