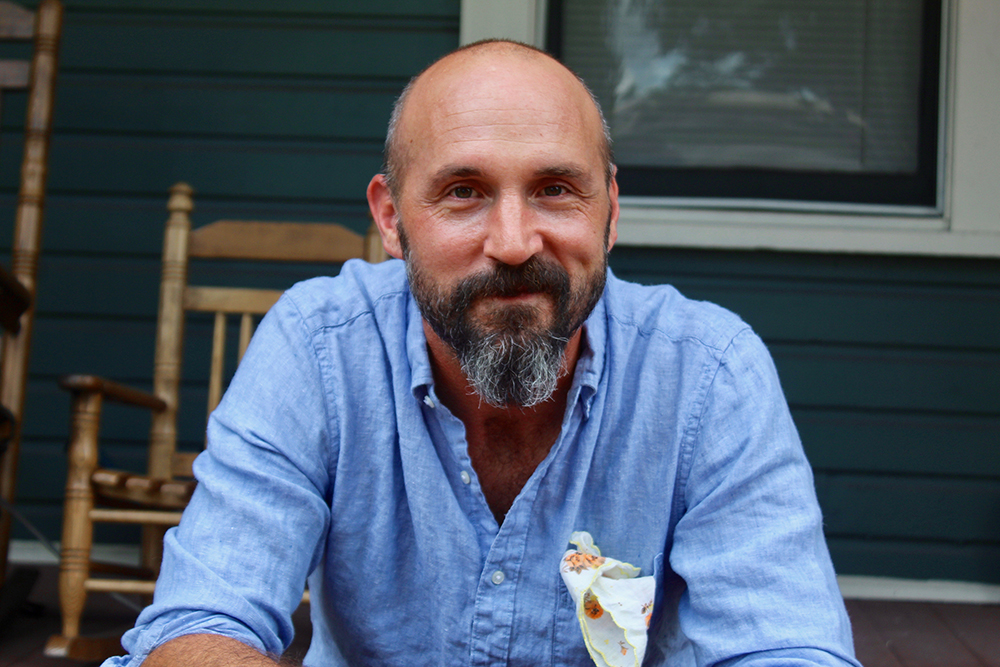 O, The Oprah Magazine, has selected an upcoming non-fiction book by an Arkansas Tech University alumnus as one of its 10 most anticipated books of 2021.

“A Shot in the Moonlight: How a Freed Slave and a Confederate Soldier Fought for Justice in the Jim Crow South” by Ben Montgomery is scheduled to be published by Little, Brown and Company on Jan. 26.

“A Shot in the Moonlight” tells the true story of how freed slave George Dinning worked with Bennett H. Young, who fought for the Confederate States of America during the Civil War and later became a lawyer, to overcome institutionalized racism in the late 19th century.

“I spent about three years working on an investigative project for the Tampa Bay Times about police shootings of Black men, and somewhere in there I felt myself longing for a story that didn’t have a tragic ending,” said Montgomery. “I visited the lynching memorial in Montgomery, Alabama, and wondered about the names that weren’t on those suspended casket-sized boxes. Who got away? Who got revenge or retribution?

“Some research led me to 1897 and the story of George Dinning, a freed slave and peaceful farmer in Kentucky who defended himself and killed one of his would-be lynchers,” continued Montgomery. “What made the story even better — and more timely — was that the lawyer who helped Dinning sue the mob in federal court pro-bono was a former Confederate soldier who did more than anyone else to promote the Lost Cause. The reason we have so much Confederate statuary in the South is because of that man, Bennett Young. For decades, he raised money to remember the heroes of the Confederacy, spoke at every unveiling and at the same time ran an orphanage for Black children and took on cases like George Dinning’s. I found him fascinating. And I found Dinning — all but forgotten — to be one of the most courageous Black men in American history.”

Montgomery is a 2000 graduate of Arkansas Tech with a Bachelor of Arts degree in journalism.

He was a member of the football program at Arkansas Tech during his college days, and he played on the Wonder Boys’ 1999 Gulf South Conference championship team.

A defensive back from Oklahoma, Montgomery appeared in 43 career games, including 14 starts. He made 137 career tackles.

He went on to work at The Courier in Russellville, the Standard-Times in San Angelo, Texas, the Times Herald-Record in New York’s Hudson River valley, the Tampa Tribune, the Tampa Bay Times (previously known as the St. Petersburg Times) and Axios, a Tampa Bay-focused daily morning newsletter.

In 2010, Montgomery was named a Pulitzer Prize finalist in the local reporting category for his work on a series entitled “For Their Own Good,” which highlighted the troubled 109-year history of the Florida School for Boys in Marianna, Fla., and how the abuse of young men housed there followed the victims for the rest of their lives.

Montgomery previously authored “Grandma Gatewood’s Walk: The Inspiring Story of the Woman Who Saved the Appalachian Trail,” published in 2014; “The Leper Spy: The Story of an Unlikely Hero of World War II,” published in 2016; and “The Man Who Walked Backward: An American Dreamer’s Search for Meaning in the Great Depression,” published in 2018.

In his fourth book, Montgomery explores how the United States has grappled with its original sin of slavery and the lasting social implications therein.

“We know the names of the leaders of the modern movement: King, Rosa Parks, John Lewis,” said Montgomery. “They stood on the shoulders of forgotten women and men like George Dinning, who essentially refused to be killed, then refused to be quiet. That’s worth remembering, and celebrating.

“What’s more, white Southerners like Young realized — once the war was lost — that there was work to be done to repair the damage of enslavement,” continued Montgomery. “He disavowed slavery and injustice, while still trying to honor the memories of his fellow Southerners who died fighting to keep it in place. He left a complicated legacy that we’re still trying to puzzle out.”

Learn more about “A Shot in the Moonlight” at www.hachettebookgroup.com/titles/ben-montgomery/a-shot-in-the-moonlight/9780316535540.