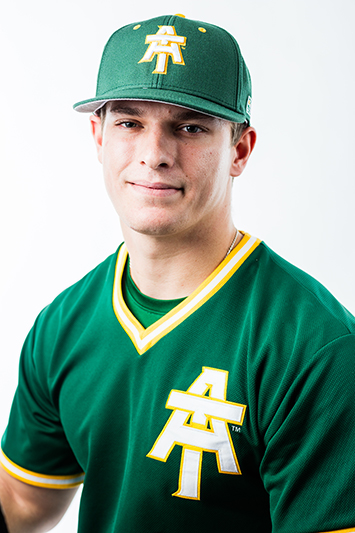 The award is based upon a vote of GAC faculty athletic representatives or their designees. Nominees are evaluated based upon their performance in athletics, academics and community service.

He earned four letters and played 188 games for the Wonder Boys baseball program from 2016-19. His career batting average was .300 with 209 base hits, 22 home runs and 111 runs batted in. He became the fifth baseball player in GAC history with 200 or more career base hits.

This marks the second consecutive year that an Arkansas Tech representative has won the GAC male scholar athlete of the year award. Ty Reasnor, former quarterback for the Wonder Boys football program, captured the honor in 2017-18.