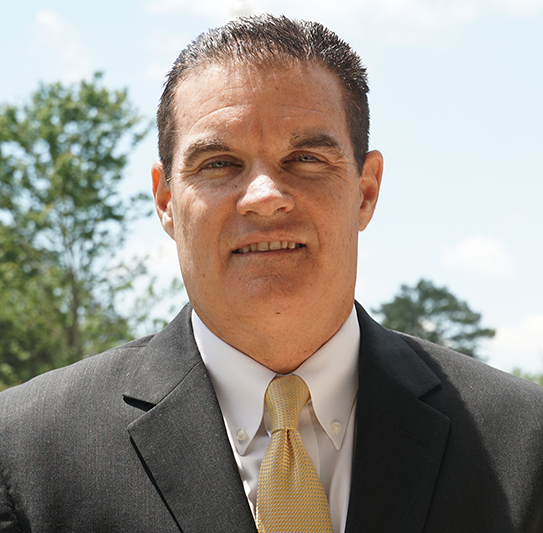 “Intercollegiate athletics is an integral factor in building and maintaining a cohesive culture within a university,” said Bowen. “Arkansas Tech University is committed as an institution, and I am personally committed, to continue the winning tradition of Wonder Boys and Golden Suns athletics. Our student-athletes and coaches are among the most visible representatives for the ATU ethos of competitiveness, grit and passion to succeed.

“Mike Leeder has the experience and drive necessary to continue leading the ATU Department of Athletics in that direction,” continued Bowen. “He shares my vision that Arkansas Tech University should win Great American Conference championships and earn opportunities to advance in NCAA Division II postseason competition, and that we should achieve all of this while excelling in the classroom and in volunteer service. Our success in each of those areas will make our students, alumni, faculty, staff and community supporters proud to wear the green and gold.”

ATU won the NCAA Division II Team Works community service competition by leading all eligible institutions of higher education — more than 300 across the United States and Canada — in volunteer service hours by student-athletes in 2018-19 and 2019-20.

“I would like to thank Dr. Bowen and the search committee for having confidence in me and my ability to provide leadership for Wonder Boys and Golden Suns athletics,” said Leeder. “It is a responsibility I am excited to accept. There is a high level of excellence associated with Arkansas Tech athletics that is known on a regional and national level.

“It is a winning tradition that, in many ways, was founded exactly 100 years ago when John Tucker and his football teammates earned the Wonder Boys nickname,” continued Leeder. “That initial success has been amplified by the thousands of Wonder Boys and Golden Suns who followed them and won dozens of championships in multiple sports over the past century. I look forward to sharing the story of our past, present and future achievements with our stakeholders as we work together, each doing our part, to obtain the resources and implement the strategies necessary to succeed.”

As is the case at his new institution, volunteer service by Georgia Southwestern student-athletes was a point of emphasis under Leeder’s guidance. Georgia Southwestern finished third in the NCAA Division II Team Works community service competition in 2018-19 and 2019-20.

During a span of 10 days in April 2020, Leeder and his fellow members of the Georgia Southwestern Department of Athletics collaborated with local industry partner TSG Resolute for materials and produced more than 112,500 face shields to help address the national shortage in personal protective equipment for health care providers combating the coronavirus (COVID-19) pandemic.

Leeder earned a Bachelor of Arts degree in history from Florida State University and a Master of Science degree in sports management from Nova Southeastern University.