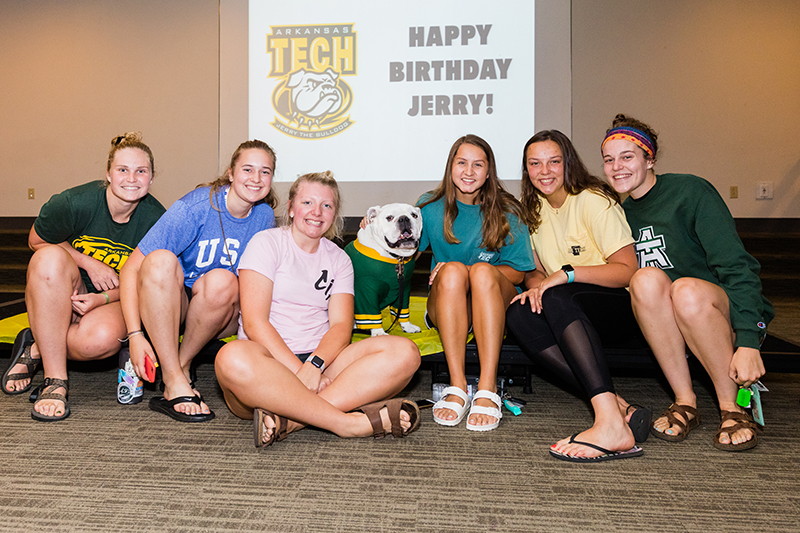 ATU's first modern Jerry, whose full name is Jerry Charles Young I, was born on July 17, 2013. He is an English bulldog. He was introduced during a Homecoming Saturday ceremony on Oct. 26, 2013, which was the 103rd anniversary of the first day of classes at Arkansas Tech.

Jerry's return marked the restoration of a Tech tradition that had been lost for more than 75 years. 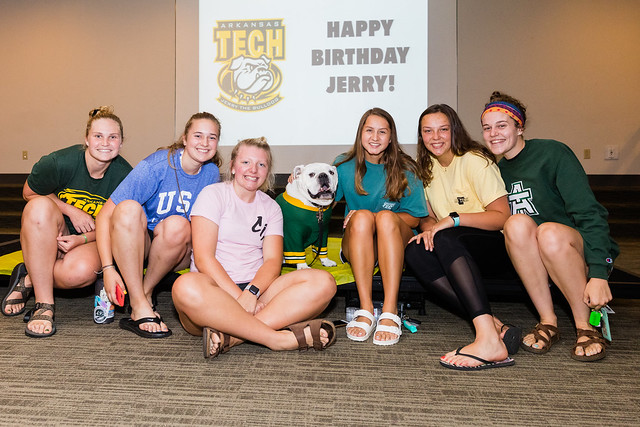 Duffield Elected Chairman of ATU Board of Trustees