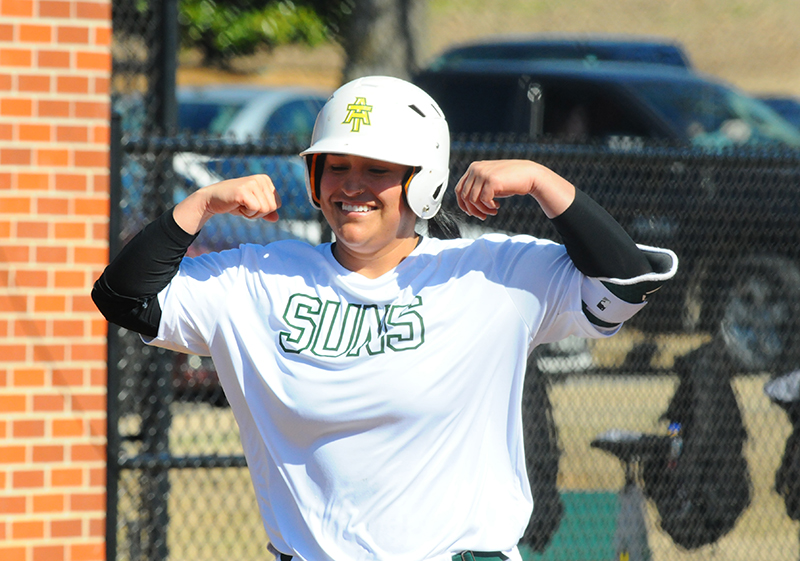 The Golden Suns won 3-of-4 games against the Tigers to complete their pandemic-shortened season with a 14-10 overall record and an 8-4 mark in GAC games.

Arkansas Tech defeated ECU 8-6 and 11-5 on Friday. The Tigers triumphed 6-5 in Saturday’s opener, but the Golden Suns bounced back to claim the series victory with a 7-3 victory in the nightcap.

ATU’s Kaitlyn Woodlee went 2-for-5 with three runs scored in the first game of the series. Lexi Taylor (4-1) was credited as the winning pitcher.

Woodlee had three hits and Brooke Prewitt recorded three runs batted in during the Suns’ game two victory. Taylor (5-1) was once again the winner in the circle.

Paty Loredo, Morgan Page and Makenzie Addis had two RBIs apiece in the series finale. Page and Addis both hit a home run. Taylor (6-1) earned her third pitching victory of the weekend.

Arkansas Tech’s season was cut short on Thursday, March 12, when the Great American Conference, in accordance with measures taken by the National Collegiate Athletic Association, canceled the remainder of the 2019-20 athletic season due to the coronavirus (COVID-19) pandemic.