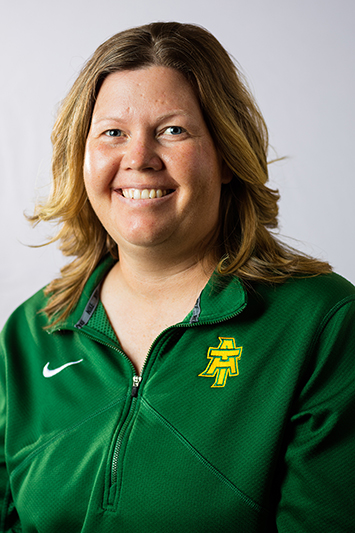 “We are appreciative of Coach Davis’ commitment to serve in an enhanced leadership capacity at this time,” said Bowen. “Our dedication to student-athlete achievement in competition, in the classroom and in community service is unwavering. Coach Davis will be integral in maintaining our excellence in each of those categories during this interim period.”

Davis has served as head tennis coach, associate director of athletics, senior woman administrator and advisor for the Student-Athlete Advisory Committee at ATU over the span of her 15-year employment at the institution.

She succeeds Steve Mullins, who is retiring from the university effective immediately.

Arkansas Tech hired Mullins as its head football coach in 1997. He accumulated an overall record of 96-75 in that role through 2012. He led the Wonder Boys to three NCAA Division II Playoffs appearances (1999, 2004 and 2009) and the 1999 Gulf South Conference championship. His 96 victories are most by a head football coach in ATU history.

A three-time GSC coach of the year, Mullins was NCAA Division II South Region coach of the year in 2004 and 2009. His players earned 17 All-America honors, 80 all-conference awards and 21 academic all-district recognitions.

Davis was a four-year letter winner and an All-GSC performer in tennis at Arkansas Tech. She earned a Bachelor of Arts degree in psychology in 2002 and a Master of Education degree in health and physical education in 2004, both from ATU.

The Paris, Ark., native has served as the Golden Suns’ head tennis coach since 2004. Her 181 wins are most by a head coach in ATU women’s tennis history.

Davis, who has guided the Golden Suns to three regular season conference titles and one GAC Tournament championship, will continue as head tennis coach while concurrently serving as interim director of athletics. She is a three-time GAC coach of the year and is chair of the committee that oversees NCAA Division II tennis.