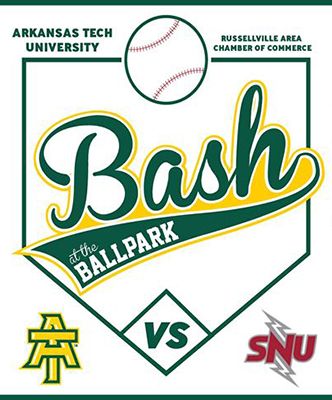 Bash at the Ballpark 2020 is scheduled for Saturday, March 14, at Arkansas Tech University’s Carl Baswell Field.

Now in its seventh year, Bash at the Ballpark is an event sponsored by the Russellville Area Chamber of Commerce that brings a carnival atmosphere to a Wonder Boys’ home baseball game.

Activities scheduled for Bash at the Ballpark include music, food, door prizes and more. Jerry the Bulldog, ATU campus ambassador, will be available for photos.

Fans age 12 and under will be entered for a chance to throw out the ceremonial first pitch at the game.

The event will begin at 11 a.m. First pitch for the Wonder Boys’ game against Southern Nazarene University is scheduled for 1 p.m.

Admission to Bash at the Ballpark and the game will be free and open to the public.