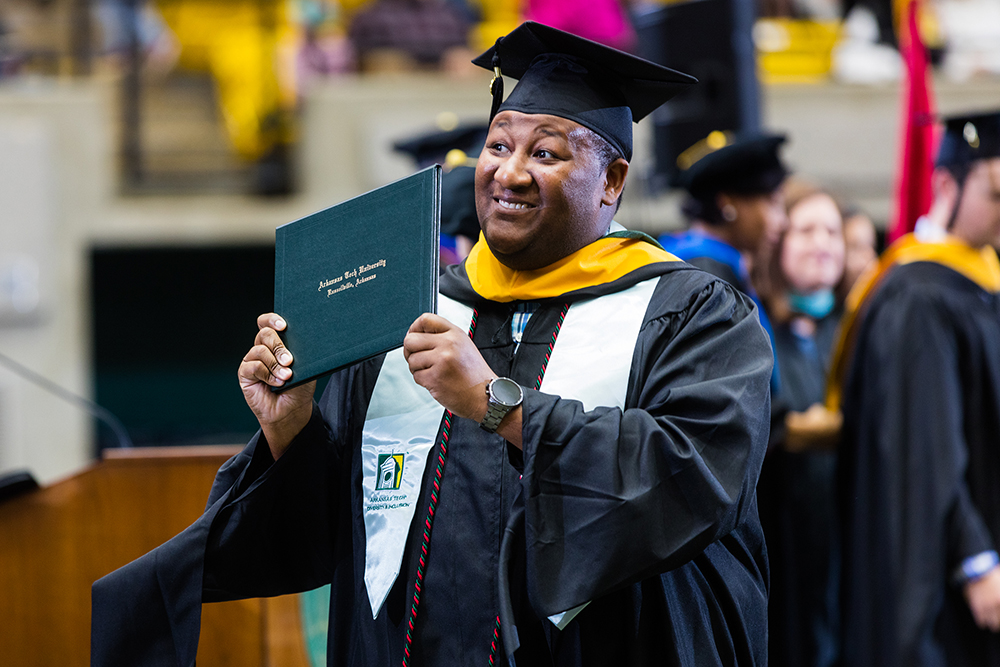 Montell Doucet’s story is evidence that while technology is making the world smaller, the transformational power of education remains as large as ever.

What differentiates Doucet from other graduates is that he achieved all of that with just five visits to campus. He resides in Lake Charles, La., where he took his undergraduate and graduate ATU classes through distance learning.

It all began when he initiated a search for universities that offered degrees in his chosen field. When he surveyed his options in the neighboring state of Arkansas, he learned that ATU would accept his transfer credits and offer him an in-state tuition rate because he resided in a bordering state.

“It has been phenomenal,” said Doucet. “I have done everything 100 percent online, but the way the classes are structured I’ve felt like I’ve been in the class. It has been truly amazing. The greatest benefits of being an online student were being able to work full-time, take care of things at home and still have the time to focus on school.”

Doucet credits his advisor, Dr. Melinda Wilkins, as being a key figure in his academic success at ATU. He recalls frequently sending e-mails to faculty members long after regular office hours and receiving replies almost immediately.

“That has meant everything,” said Doucet. “I can’t speak highly enough of the faculty and staff here. I’ve never had a question turned down or sent an e-mail that did not receive a reply. I’ve always gotten everything answered that I needed.”

He also received significant encouragement from his mother, Mildred Doucet.

“She constantly pushed me and reminded me that I’ve gone this far, I might as well finish,” said Doucet. “I also wanted it for myself. If you really don’t want it for yourself, you’ll just do the bare minimum. You won’t put that extra effort into it. If you have that passion and drive for it, that’s when you achieve your goals.”

With his master’s degree in hand, Doucet has the credential and the confidence to pursue career paths that might have previously seemed inaccessible.

“This degree changes my life dramatically,” said Doucet. “Applying for graduate school and getting that acceptance showed me I can be the cream of the crop. Now that I have my master’s degree, I have an extra drive and tenacity to apply for that administrative job or consider an out-of-state opportunity. I don’t want to stay stagnant. I want to put my ATU knowledge to use.

“If you are looking for a college, definitely check out ATU,” continued Doucet. “Coming from Lake Charles and not knowing anything about Arkansas, I just looked at the website, applied and hoped everything went well. It was the best experience I ever could have asked for here at ATU…staff, faculty, advising, web interface, user-friendliness…everybody is polite and wanting to help students. Come to ATU.” 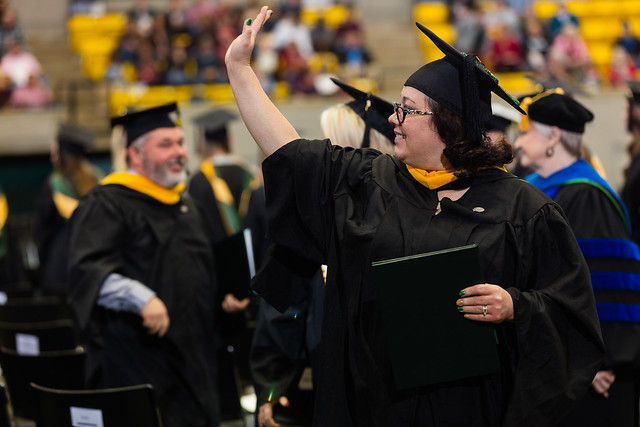