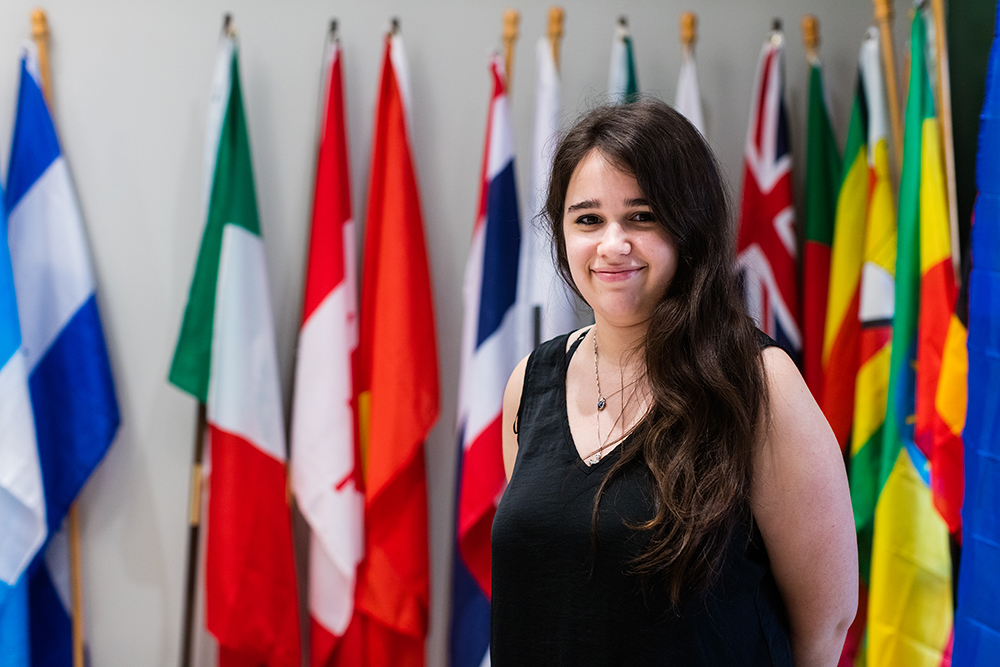 As a high school student, Mel Fason of Enola loved art, animation and computer science. She also had an interest in Japanese language and culture.

Now, as a sophomore game and interactive media design major at Arkansas Tech University, she has found opportunities that connect each of those passions and become the first Gilman International Scholarship recipient in ATU history.

According to the program website, the U.S. Department of State Benjamin A. Gilman International Scholarship Program enables students to study or intern abroad and develop skills deemed critical to national security and economic prosperity. The Institute of International Education has administered the program since its inception in 2001.

“When I started looking into study abroad in September, my advisors recommended (the Gilman International Scholarship) to me,” said Fason. “They told me it was a nationally competitive scholarship and I might get it, so I took a look at it. I thought it was great, but I didn’t think there was any way I would get it.”

She did, and now Fason is preparing to study at Nagoya University of Foreign Studies in Japan during spring and summer 2020.

Fason was encouraged to apply for the award by Dr. Jason Warnick, director of the ATU Office of Distinguished Scholarships and professor of psychology, as well as Gabriele Haulmark, instructor in the ATU Department of English and World Languages and ATU study abroad coordinator.

“I really like the international programming that we have (at ATU) and the number of options we have to study abroad,” said Fason. “I also love the activities and chances for student involvement.”

Fason is president of the ATU World Language Club. Her interest in diverse cultures and languages was sparked by the use of kanji, a system of Japanese writing that utilizes Chinese characters, in animated films.

“I’ve always had an interest in Japan,” said Fason. “When I was a teenager, I saw a bunch of kanji characters written on one of my shows, and I wondered what they meant. So, I started looking into that and it became really fascinating to me. I’ve definitely put kanji and anime-type things in some of my art.”

As she prepares to spend four months more than 6,600 miles from home, Fason said that her excitement and curiosity are great enough to overcome any concerns about leaving her comfort zone in Arkansas.

“I hope this brings me more opportunities to broaden my perspective as well as my language skills,” said Fason. “That’s really important to me…being able to communicate with people from different cultures and languages. More than anything, I want to interact with the people.”

As part of the Gilman International Scholarship, each participant is required to participate in a service project at the completion of the experience to pay forward the opportunity and knowledge gained.

For her service project, Fason will bring the lessons she learns in Japan back home and share them with her fellow students through programming hosted by the ATU World Languages Club.

“I want to use my skills with language and game design to bring that to a whole new level,” said Fason. “I want to bring out the ability in people to broaden their perspective and their language abilities, regardless if that means beginning my own project to help them learn or if that means integrating it into an existing project.

“I can’t believe I have this chance because there are so many people to compete against,” continued Fason. “Why me? I would tell other students to definitely try it and ask questions. You’ll find that if you ask for help, you will get it and you will go far.”

Visit www.atu.edu/academics/nifs.php to learn more about the ATU Office of Distinguished Scholarships.