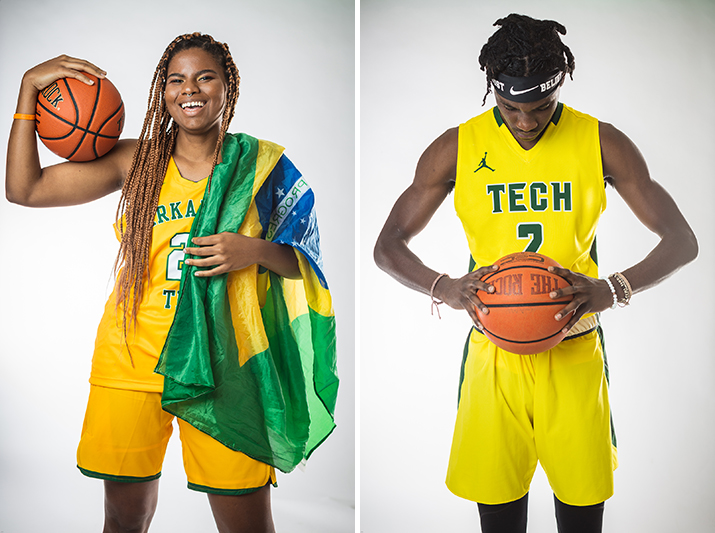 The women’s game on Saturday will mark the Golden Suns’ final game of the 2019 calendar year. They will resume their 2019-20 schedule by hosting Southeastern Oklahoma State University at 5:30 p.m. Thursday, Jan. 2.

The Wonder Boys will still have one contest remaining on their 2019 itinerary after the trip to SAU. Arkansas Tech’s men will face Missouri Southern State University for a 1 p.m. non-conference game in Joplin, Mo., on Saturday, Dec. 21.

About the Golden Suns: Rebounding has been at the center of Arkansas Tech’s success so far this season. The Golden Suns lead the GAC and rank 11th in NCAA Division II in rebound margin (+12.4 per game). Junior forward Brenda da Silva is an emerging force on the glass, and otherwise, for ATU. She had season highs of 19 points and 12 rebounds in a 72-57 win over the University of Arkansas-Monticello last Saturday. Her presence defensively in a 2-3 zone helped the Suns hold UAM to 32 percent field goal shooting.

About the Muleriders: Southern Arkansas has already won twice as many games this season as it did for the entirety of the 2018-19 season, when the Muleriders finished with a 3-25 overall record. Improvement on the offensive end of the floor is the primary reason for SAU’s turnaround. The Muleriders are averaging 74.6 points per game in 2019-20 compared to 54.2 points per game last season. SAU has won three consecutive games, including a 73-58 victory over Ouachita Baptist University last Saturday.

About the Wonder Boys: Improved perimeter defense is a significant early season storyline for Arkansas Tech. The Wonder Boys lead the GAC in 3-point field goal percentage defense (.299). They ranked last in the league in that category a year ago, when ATU opponents shot better than 39 percent from beyond the arc. Senior forward Devante Foster ranks among the GAC leaders in rebounding (T-7th, 7.7 per game), field goal percentage (2nd, .617) and offensive rebounds (4th, 3.0 per game).

About the Muleriders: Southern Arkansas leads the GAC in scoring defense (66.8 points allowed per game) and ranks second in the conference in field goal percentage defense (.416), but the Muleriders are next-to-last in the league in scoring offense (65.9 points per game) and last in the GAC in field goal percentage (.397). SAU has won four consecutive men’s basketball games against Arkansas Tech, including victories of 79-65 in Russellville and 78-75 in Magnolia last season.