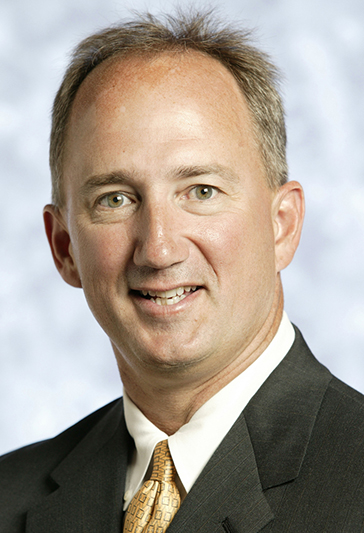 Tom Kennedy of Little Rock received plaudits for a decade of service on the Arkansas Tech University Board of Trustees during the board’s virtual meeting on Thursday, Jan. 21.

Kennedy was first appointed to the ATU Board of Trustees by Gov. Mike Beebe for a five-year term from 2010-15. He was re-appointed to the board by Gov. Asa Hutchinson in 2016. His second term expired on Jan. 14, 2021.

“We look back in appreciation of all that Mr. Kennedy has done for the benefit of his alma mater,” said Dr. Robin E. Bowen, ATU president, during Thursday’s meeting. “His variety of talents and wealth of experience and wisdom have made him a valued member of this board, an important advocate for our university and someone whom I have relied upon and trusted for advice and guidance on multiple occasions.”

A 1982 graduate of Arkansas Tech with a Bachelor of Science degree in business administration, Kennedy went on to earn a Juris Doctorate from the University of Arkansas at Little Rock School of Law and gain admittance to the Arkansas Bar Association in 1985.

Kennedy worked as a prosecuting attorney early in his career and represented District 12 in the Arkansas State Senate for four years. Today, he serves as vice president of public affairs at Entergy Arkansas.

“Over the span of the last decade, Tom has been a consistent and steady source of leadership for this university,” said Eric Burnett of Fort Smith, who is succeeding Kennedy as chairman of the ATU Board of Trustees in 2021. “His legacy includes new academic programs, new buildings and thousands of graduates. Every step along the way, he has kept the best interests of Arkansas Tech and its students foremost in his thoughts and his decisions. For those of us who have had the honor of serving alongside Tom, he has fulfilled the roles of mentor, confidant and friend. Tom, on behalf of our fellow trustees, thank you for your outstanding service to Arkansas Tech University. What you did here will be long and fondly remembered.”